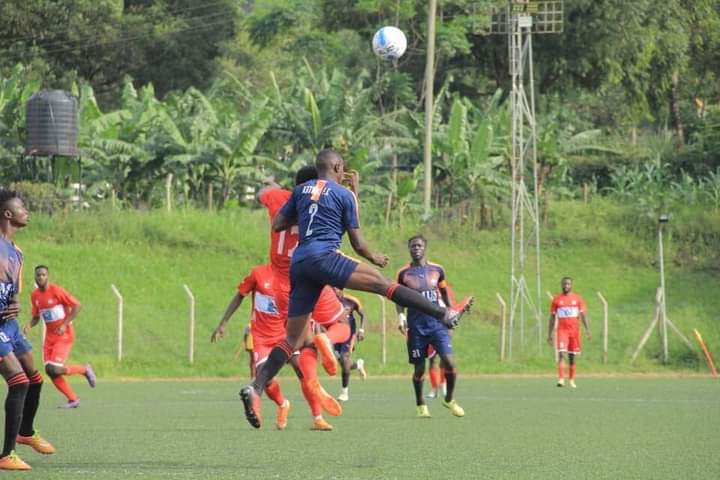 FUFA Big League side Kyetume have added three players as they strengthen squad for the second round.

Allan Katwe joins from Bright Stars, Fahad Kizito has been signed from Police while George Kalyowa joins from Busoga United on a loan deal.

The Club had a poor first round where they finished in 10th with 18 points, 12 adrift of the promotion places.

Months earlier, Kyetume endured a tumultuous spell after they were relegated from Uganda Premier League before a game was kicked!

Having earned promotion from Big League in the 2021/22 season, the Slaughters failed FUFA Club Licensing requirements, mainly failing to register a single player on the FUFA Connect System.

Summing up the first round, head coach David Mutono reflected: “It wasn’t an easy campaign on our side because of the uncertainty of where we were going to play.”

“We were preparing for Premier League, then stopped and demoted to Regional League, then we given a chance in Big League, we started the campaign when teams have played three games and we never got ample time to prepare.

“We had I think about three days to prepare for our first game, which was a long trip to Midigo to face Calvary. Next we had another away fixture against Kataka on an artificial turf!”

The Club won five games out of the 15 in the first round in a campaign after losing players like Dan Birikwalira, Kiyimba Latifa, Emmanuel Obua, Benon Tahomera and Ezra Bida among others.

“Players have not been physically and mentally stable,” Mutono adds.

“But as a coach, I have tried to handle the situation. Going forward, first thing is for the bosses to work on the finances, we have a long Uganda Cup trip to Paida, yet few days later the League’s second round will be returning. We need new additions and we can only have average players at the moment.

Mutono who helped the team earn promotion from Big League last season, says that the teams then were tougher than this lot.

But he emphasized that it’s mostly finances that can help them put up a spirited fight in the second round.