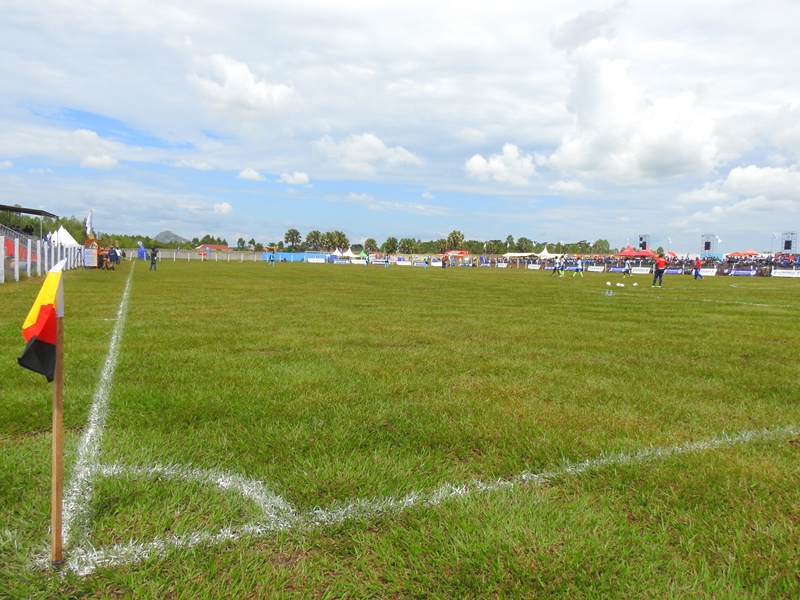 This year’s Stanbic Uganda Cup final will be held at the Akii-bua Memorial Stadium in Lira.

This, was confirmed by FUFA Competitions Director Hajjat Aisha Nalule during the draws of Round of 64 at FUFA House in Mengo.

The stadium whose construction started in 2016 was built in remembrance of John Akii-Bua, the first Ugandan Olympic Gold Medalist.

It’s an honour and privilege for the Northern Region Football Association, especially for the football-mad people from Lira and surrounding areas.

The Uganda Cup final returns to the Northern Region for the first time since May 2012.

Then, URA were crowned champions when they beat Bunamwaya (then Vipers) 1-0 at the Pece Stadium in Gulu.

Robert Ssentongo scored the only goal of the game then, for a tournament that was sponsored by Bell at the time.

It’s strong to remember that that 2012 final in Gulu was the first time the Uganda Cup final was held outside Kampala!

The Uganda Cup final has since been rotated across the eight football regions of the Federation.

Thereafter, the 2013 final was played in Masindi when Victoria University beat KCCA 5-3 in shootouts after a one 1-1 draw in normal time.

The 2014 final was held in Mbale Municipal Stadium, with URA beating KCCA in shootouts.

The 2015 final between SC Villa and KCCA was played in Ntugamo, but after controversies, the game was abandoned and replayed at Namboole where the Jogoos emerged 3-0 winners.

In 2016, the final was played at Nakivubo where Vipers beat Onduparaka in a well attended encounter.

The 2017 final between KCCA and Paidha Black Angels was hosted at Greenlight Stadium in Arua where the ‘Kasasiro Boys’ emerged 2-0 winners.

The 2018 final where KCCA defended their title again past Vipers, was held at Emokori playground in Bukedea.

The 2019 final was moved in Masaka at the Recreation ground as Proline beat Bright Stars in shootouts.

The 2020 Uganda Cup was not played to completion due to Covid-19.

The 2021 final was played at FUFA Technical Centre in Njeru as Vipers beat BUL FC 8-1.

BUL got their revenge the following year in 2022 against Vipers to win the final 3-1 at Booma Grounds in Masindi.