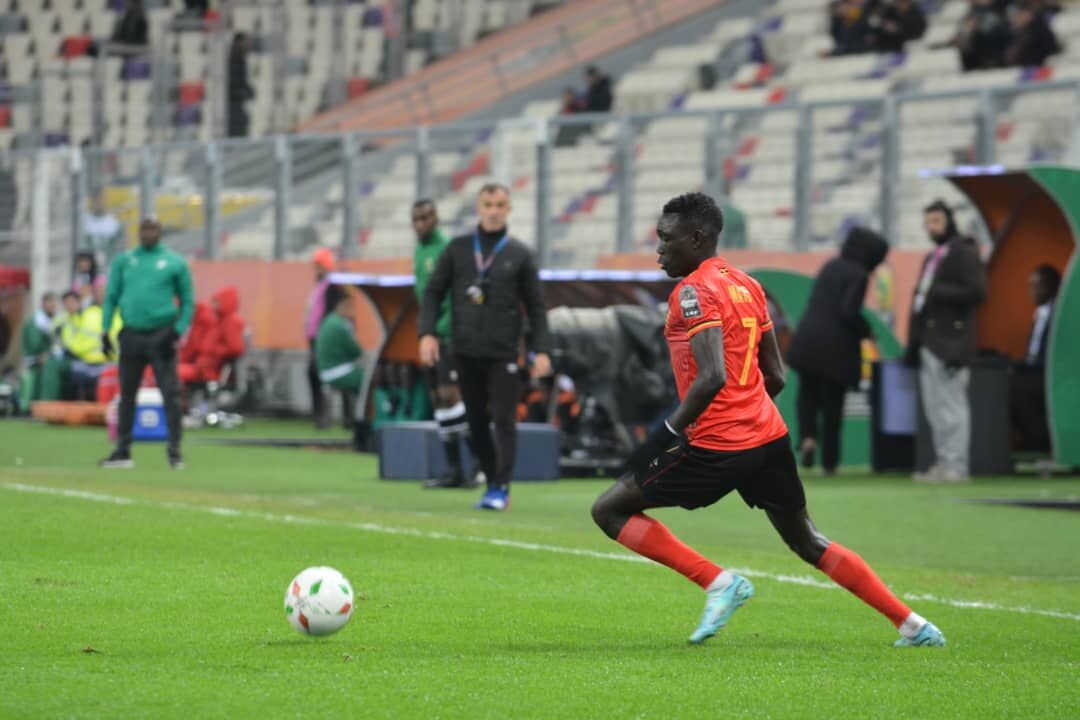 Conservative Micho and Uganda Cranes suffered a 3-1 defeat against Ivory Coast to bundle out of the ongoing 2022 African Nations Championship in Algeria.

The Cranes needing just a draw to break the Quarterfinal-jinx, but it’s Ivory Coast who instead got a needed win to storm the last eight.

And for a sixth straight time, Uganda’s CHAN journey has been stopped at the group stage level.

Karamoko Sankara and Vignon Ouotro scored before the half-hour mark to give Ivory Coast an early 2-0 cushion.

But the Cranes got a reprieve before halftime when Moses Waiswa converted from the spot after Rogers Mato was tripped from the area.

Micho threw more bodies up front in the second half, but his side was caught napping at the other hand when Kramo Kouame restored the two-goal gap.

The Cranes huffed and puffed, including a Travis Mutyaba free-kick that rattled the crossbar, but in vain and the side will be expected in the Country this week.

For Ivory Coast who started the day at the bottom of the table with just a point to show in two games, progress to the knockout for the second time and are joined by Senegal who brat DR Congo to lead the group.

Discontent from the provisional squad summoned was loud after a couple of offensive players were left out when the team kicked off training.

Three draws during warm ups against Mali, Cameroon and Sudan were early warning bells before the team cross from their base in Tunisia to Algeria.

Four points from the two opening games against DR Congo (0-0) and Senegal (1-0) sent the Cranes atop.

And there were huge expectations going into the final group game.

But one thing was common from the two group games, and the friendlies as well – Micho’s conservativeness.

Frank Sebuufu has started all the games and given many minutes but the Wakiso Giants midfielder has failed to deliver.

His hold-up play is unquestionable but his goal poaching instincts cannot come close to Nelson Senkatuka.

And to make matters worse, Ssebuufu has been played up front but without a recognisable striker.

Travis Mutyaba has seen his minutes limited off the bench while Bright Anukani who is by far the best creative player on the squad, has barely given a single second on the field.

For Sebuufu, he will take the blame for the first goal conceded. He went in a reckless tackle for the referee to award a free kick which led to the goal. And the lanky striker could have done better to clear the freekick away but was not up to the task and Sankara headed home.

Ouotro ran on a good pass that caught Cranes defence flat-footed before he chipped past an onrushing Nafian Alionzi to double the advantage.

Micho then rushed to bring in fresh legs up front at the start of the second half, with Travis and Titus Sematimba brought on, but with the suppliers on, the gaffer took off his striker Ssebuufu!

The Cranes then lacked that attacking apex at the front and despite threatening a couple of times, the defence at the back was stretched.

And a long ball over the top caught the boys sleeping, with both centre-backs Geoffrey Wasswa and Gift Fred taking turns on the canvas before Sankara passed to a well spaced Kramo who was left with the easiest task to find the back of the net with 10 minutes on the clock.

Goalkeeper Alionzi gave the scoreline a decent look when he denied Sankara two good saves at different intervals late in the game.

Moses Aliro and Ibrahim Orit were thrown on as Micho who had nothing to lose at the time disassembled his defence with the withdrawal of Gift Fred and James Begisa.

Travis almost gave the match a frenetic finish but his freekick crashed off the woodwork after a foul on Milton Karisa.

The result is hard to take in, and these repeated kind of performances continue to put Micho’s tactical nous in doubt.