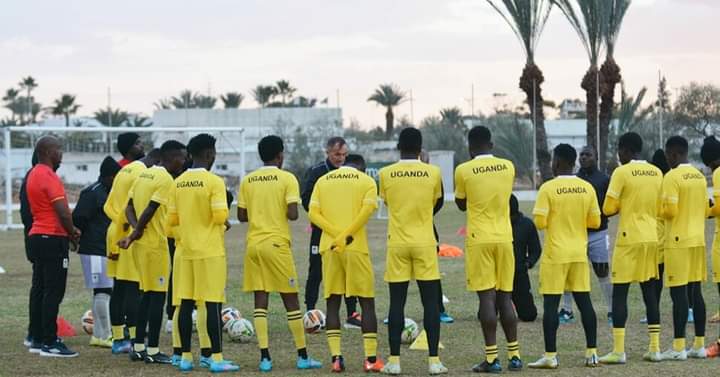 Telecommunication giants MTN Uganda have reportedly returned as the official sponsor of the Country’s Men National team the Uganda Cranes.

FUFA didn’t renew the partnership with MTN when it expired back in October 2013.

And on 28 October 2013, the Federation unveiled rival telecommunication company Airtel as the Cranes Sponsor in a deal then worth Sh3.8bn for a four-year period.

This was renewed on expiry, and announced on November 6 2017 at Serena Hotel in Kampala.

In that new deal, Airtel committed Sh10bn for the next four years.

During Airtel’s reign, Uganda Cranes earned back to back qualifications at the Africa Cup of Nations.

Rumours have it that the Airtel and FUFA have since gone separate ways, and that was seen by recent postponement of the FUFA Awards.

Sources have told The-SportsNation that negotiations have been ongoing between FUFA and MTN.

And it is said that the conversations have produced fruits with MTN set to return as the official sponsor of the Uganda Cranes.

The two are likely to make the announcement on Wednesday, the night Uganda Cranes face Senegal in their second Group B game at the ongoing CHAN in Algeria.

But How Long was the Airtel/FUFA Partnership?

November 6th 2017 was a joyful day for FUFA and Airtel Uganda as they renewed their partnership for another four more years.

“The new sponsorship is worth Ug.shs 10 billion for a period of four years,” as quoted from the Federation website.

Check out – Betting in Uganda

Part of the package was to be spent on FUFA Juniors League (which is hardly visible now), Airtel FUFA Awards (were not held last year) and The Uganda Cranes Regional Tours.

“These are 4 more years to write a new history in Uganda’s football circles. The Shs 10 Billion contribution is to make a meaningful investment in football development,” Airtel Uganda M.D by then, VG Somasekhar said as par the federation website.

This means that on 6th November 2021, the partnership expired just days after a joint launch between FUFA and Airtel of the 2021 Airtel FUFA awards in Kololo.

But according to Rogers Byamukama the head of marketing at the Federation, the partnership was to only run out the following year (2022) – he said in 2021. But did they sign another one year behind the scenes?

Byamukama said that this was the initial contract of five years between the two parties.

Actually, it’s reliably believed that, FUFA and Airtel they signed a Ugsh12b not the revealed Ugsh10b though this website can hardly confirm as we couldn’t access the real documented formal signed binding agreement between the two parties Airtel Uganda and FUFA.

Have the two parties been negotiating to renew?

Its believed that the talks were there long time ago about partnership renewal though the two parties failed to get to a common denominator.

Airtel hasn’t anywhere involved Uganda Cranes on their social media platforms in any way for at least some good months and nothing like activation of yet between Airtel and FUFA.

Have you seen the yellow jersey?
Since 2013 not anybody to have seen Uganda Cranes in a yellow jersey its been almost ready throughout matching the sponsors’ traditional colors.

But, while unveiling new kit manufacturers in January 2021, a yellow jersey for the first time was flagged! Though not been much used, its believed that another sponsorship deal might soon be unveiled taking over the reign from the telecommunication company.

But anyway almost all the Federation partnership exceeded their announced year but still there is continued relationship involving financial input between FUFA and these partners.

In 2015, FUFA announced the Nile Breweries’ partnership of 4 years valued at Sh4b. It should have expired in 2019 and the two parties are still moving together with no announce renewed partnership.