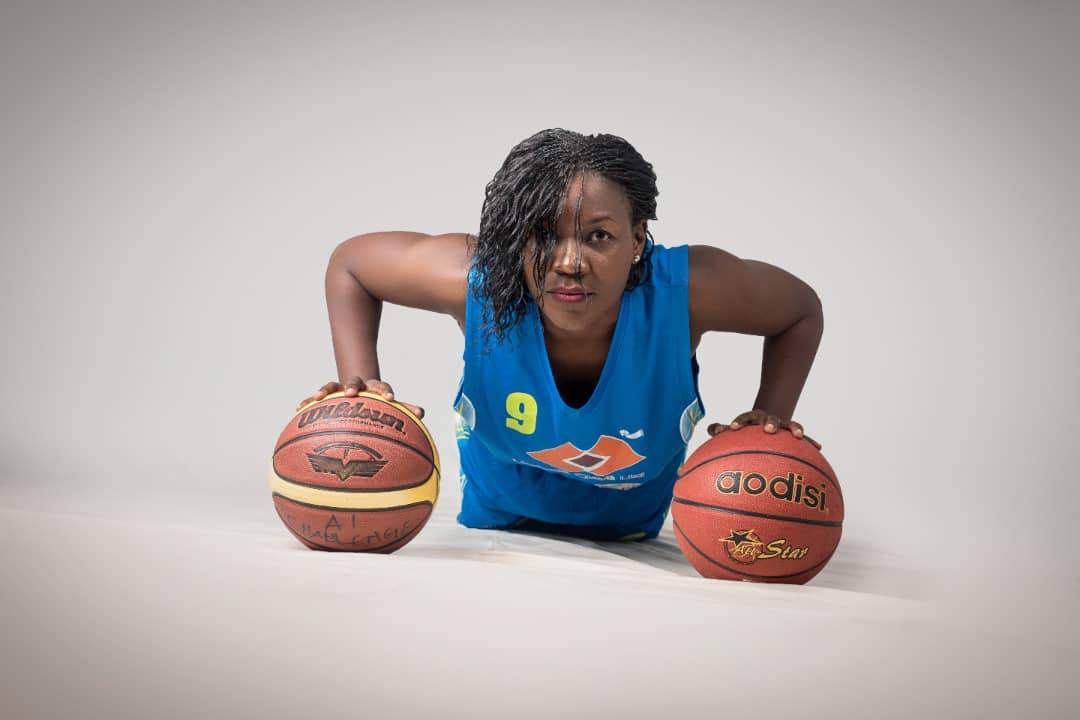 Ntale left A1 Challenge after 10 years in 2020 to sign for Renor Duhaga, a club that was set to play in Lower Division at the time.

She featured for Duhaga at the UCU Invitational Basketball Tournament in Mukono that year.

But due to Covid-19, no more basketball action could go ahead in the Country due to Lockdown.

Fast forward to 2021, she was involved in an motor-accident that broke her leg on 29th November as she was heading to the gym, and she could not play again since.

“I broke my leg and had to undergo surgery, I was advised to sit out for a period of 52 weeks which is close to a year and this was inclusive of Physiotherapy,” Ntale narrated her story to The-SportsNation.

“Life has been good and I am thankful to God for my life.

“I decided to channel my life into my Work at Dogtas Exclusive, and my projects at Ihoops Basketball Academy as I recover but with the support of my Family, Mr. Mohammed Santur (City Oilers Manager), and friends, I truly managed to overcome this.”

Ntale revealed that she is back and feeling good to go again.

“Yes I am indeed coming back, and I will be playing when the league gets underway in two months.”

On her road to recovery, Ntale commented: “I work out four times a week with a very tight program with my Physiotherapists Emma and Sheila of Fitness Hub Junction and all I can say is they have done a tremendous job for me.”

“I believe everything is possible if you put your mind to it.”

Ntale has not zeroed down on which team she will play for next season but said that she has received offers from four teams.

“But for now I cannot disclose which team am joining. However, am looking forward to stepping back on the court and playing the game of Basketball and this will come as a shock to everyone I guess.”

Ntale, a sister to singer Irene Ntale, started in the early 2000s at Amazon Rhino.

She also featured for Makerere Sparks and KIU Rangers before moving to A1 Challenge in 2010.

Did you know – Vicky Ntale captained the Gazelles in 2014 and won the FIBA Afrobasket Zone V Championship in Kampala.