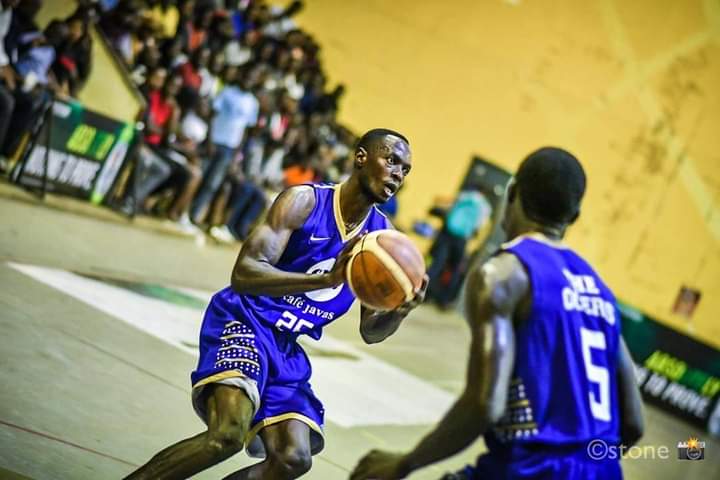 Najja, as commonly known in Basketball circles, has confirmed the developments to The-SportsNation.

He played for Nam Blazers last season but his major success came with City Oilers where he won seven league titles in a row!

The Guard wants to focus on coaching Rezlife Saints after helping the side earn National Basketball League promotion last season.

On taking the decision at the age of 33, Najja told The-SportsNation: “Not an easy decision but a couple of factors pushed me to zero down on retirement.”

“First and foremost, I want to spend more time with my family. Playing at the top level consumes a lot of time. I stay in Lubowa which is close with Zana where Rezlife trains from.

“The other reason may be is because Rezlife will be paying me more than what I could earn as a player. The community here loves me and that’s mutual. I started here at Rezlife and I have passion for this project.”

“I am 33, many would continue to ball but I don’t want to leave the game with hurting knees when I cannot even walk.

“I want to be serious on coaching, I want to give back to this Community. Its difficult to do both coaching and playing, you have to choose one.”

Najja earned his nickname way back from school as he studied at Najja High.

And its from there where he joined Berkeley team then under Hudson Ssegamwenge (Current FUBA General Secretary) in 2008.

The team later shifted to Zana and taken over by Rez Life Church (and the team named Rez Life Saints).

In 2013, he joined City Oilers after the team was promoted to NBL where he won seven league titles consecutively.

His career blossomed but later retarded by wrist injuries that twice kept him out for six months.

He left after 2019 and signed for JKL Dolphins after struggling to get enough playing time at Oilers.

“I had best time at Oilers and I have fond memories at the Club. We won many titles, the management and players were also good and friendly.

“But I feel I could have left about three seasons earlier. When I got that career-threatening injury, I came back when the competition was stiff and couldn’t command minutes as I used to.

“I think I could moved out a bit earlier, I could have played more minutes at any team then.”

His stay at JKL was short-lived after going six months without pay in a season that was halted by Covid-19.

He later joined Namuwongo Blazers and helped the side reach the NBL finals where they lost to City Oilers in best of seven finals series.

“Life after Oilers has been challenging for sure especially in terms of finances. At JKL I wasn’t paid for six months and that’s why I canceled my contract while at Blazers things didn’t turn out as I expected.”

He picked interest in coaching while still at City Oilers.

“When I got injured, I had a lot of time on me because I wasn’t training. So I could go to court to see kids play and that’s how the idea developed. I started out with kids and I slowly by slowly passed on the skills.

“This was elevated when my teammates Jimmy Enabu and Ben Komakech called me to help them out at Ihoops Academy and that was another spark.

“Then in 2017, Hudson came to me and requested me to volunteer and coach the team (Rez Life).”

Rez Life was in Division two then. The following season they got promoted Division One after beating Saku.

They have been knocking on doors of NBL since then and twice fell at the semifinals of the playoffs in 2018 against Falcons and 2021 against Our Saviour.

They this time made it to top flight after overcoming Livingstone.

“We played as a team this time. We had no single superstar to rely on so we had to base on team work.

“We lost so many players after the loss against Our Saviour the previous season including Gabriel Kababa, Gideon Kasasa, Benjamin Kawumi, Arnold Kisekka, Kevin Musoke among others.

“In fact, only three players remained and that is Philip Kalanzi, Alu Keith (Old School) and Emmanuel Okot. So I was building from scratch.”

Najja says that he is looking forward to facing his former teams like City Oilers in a different capacity as a coach.