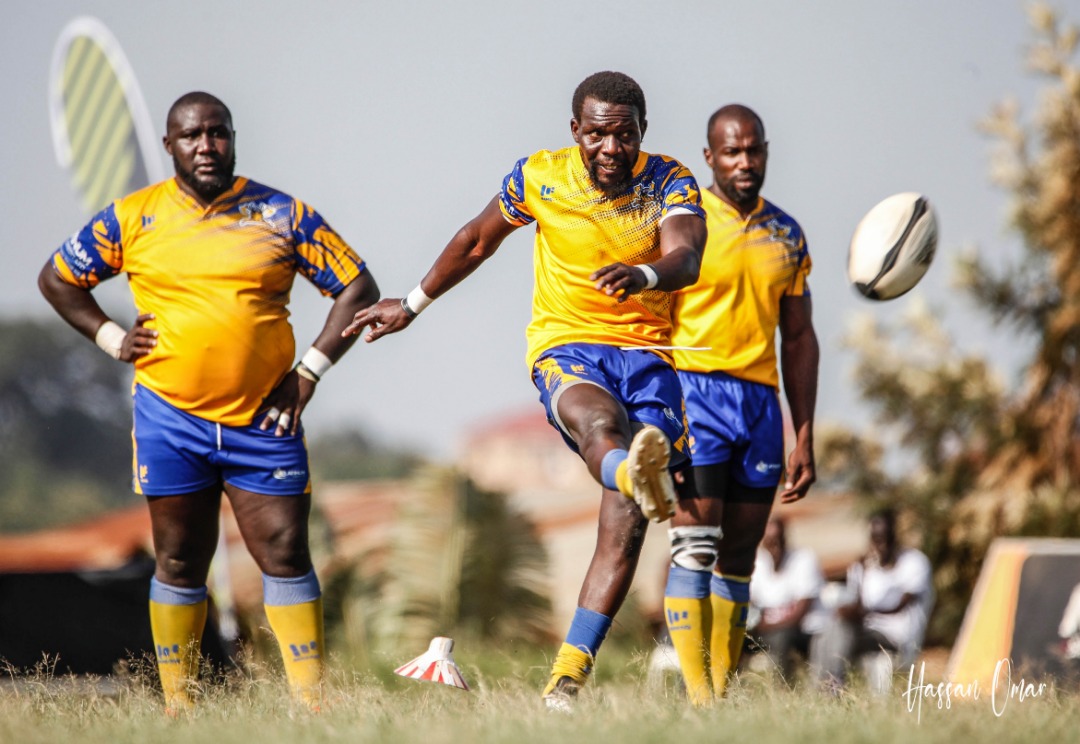 The Yellow machine will be gearing up to defend the title. (Photo by Hassan Omar)

Heathens Fly-half Chris Lubanga believes his side will retain the title as the new Rugby Premiership season gets underway on January 14 2023.

Opa, as Lubanga is commonly known in the Rugby Circles, also reflected on the past successful year in an interview with The-SportsNation.

The Heathens finished 2022 season as double champions after winning the league unbeaten and also clinched the Uganda Cup later on.

“It’s been a brilliant year for us as a team,” said Opa.

“All credit must go to our Coaches, they guided us through, good communicators and also urged us to work hard.”

They had won the league with a game to spare going into the final match-day.

The side will start their title defense against Pirates this Saturday at Kings Park in Bweyogere.

Pirates will be a hard nut to crack after finishing second last season with 77 points.

“We are good to go,” Opa added. “We will take them on, we have played Pirates a couple of times and we are well aware of what they can do.

“We just have to believe in ourselves, but all I can say is that the Boys are in good shape ahead of the league start.

” We have worked so hard throughout the break and I am confident that we are defending the title.”

Opa scored 36 points for Heathens throughout the Uganda Cup and was recently named the Best Rugby Player for the Month of December at the Fortebet Real Star Awards.

Speaking on the recognition, he said: “I feel grateful, I have to commend my teammates because I couldn’t have achieved this alone. I feel I deserve the award because I have worked hard to be here.”