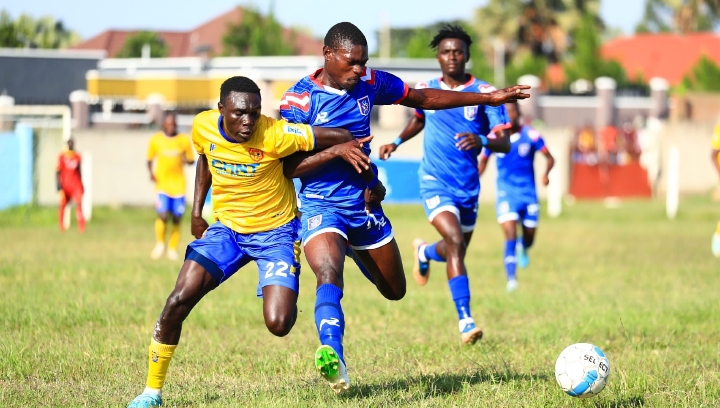 KCCA earned a deserved 3-0 win over SC Villa in a league game held at the Aki bua Stadium in Lira on Friday.

An own goal from Gift Fred, Ssenoga Muhamed Kagawa and Moses Waiswa were enough as the Kasasiro Boys cruised past the Joggos.

The win ensured that KCCA moved to the third position with now 16 points after eight games. As well it was the second away win for the Morley Byekwaso’s men having picked one against UPDF in their previous away Fixture.

For Villa, it was a rude welcome to them as they started their five match ban in Lira as their new home.

KCCA earned a bright start in the 3rd minute when Villa’s defender Gift Fred connected into his own net off Rogers Mato well delivered cross.

But after that goal, there was drama as some fans had encroached the stadium without permission something that halted play for a couple of minutes. The fans were directed to get out since the game was supposed to be played behind closed doors following Villa’s ban on hooliganism.

After the matter was resolved, KCCA started from where they stopped and continued with their dorminance creating chance after chance.

It later paid off in the when Kagawa collected from Brian Majwega, beat his mark before sending in a powerful shot for the second.

Five minutes later, Waiswa scored a beauty from a free kick that beat beat Villa goalkeeper Meddie Kibirige. His goal was his first at KCCA and he celebrated in style.

Before the break, KCCA, who were dorminant could have scored more but Brian Aheebwa’s header was kept out for a corner before Okello was also denied.

Villa’s only chances at half time fell to Charles Bbaale, but the forward missed with just a tap in to sum up a frustrating start for the Joggos.

After the break, Villa could have pulled one back but youngster Patrick Kakande was denied by the frame of the goal just at the restart.

The Joggos tried to stage a come back with the introduction of Travis Mutyaba at the hour mark, but it didn’t work out as the damage had already been caused.

The loss, first for Villa in Lira saw them drop to the 6th position and they remain on 14 points collected from nine games.

For KCCA, it was a good outing for them as they looked lively throughout the entire game. The win is their fifth in the season and they move to the third position with 16 points after eight games so far.

What Next – SC Villa will visit Vipers SC on Tuesday 29th at Kitende while KCCA will host Gaddafi at Lugogo on the same day.

PrevPreviousBUL Beat Busoga United To Return To Winning Ways
NextGalSport Registration Uganda: Sign Up at GSB in 2 Minutes Next