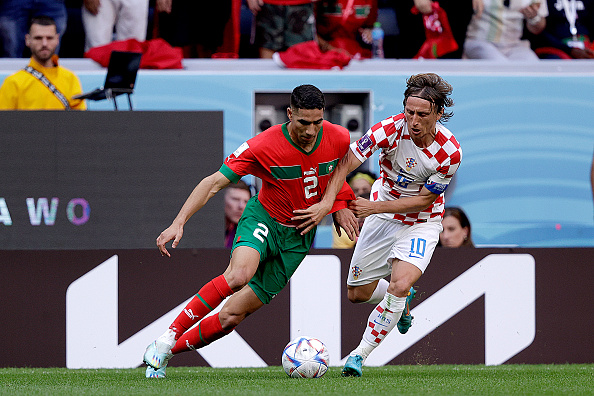 African side Morocco managed to squeeze out a point off Croatia in their World Cup group F Opener on Wednesday.

The encounter at Al Bayt Stadium ended goalless as the Atlas Lions become the second African team after Tunisia to avoid defeat at the ongoing World Cup in Qatar.

Croatia, who were beaten by France 4-2 in the 2018 finals in Russia, were understandably the better side on the day but Morocco stood firm for the entire game.

And Yassine Bounou made a world class save go deny Nikola Vlasic at the stroke of halftime to keep Morocco in the game.

Morocco had some good spells as well, with Fullback Achraf Hakimi denied by the goalkeeper while Noussair Mazraoui also coming close.

Belgium beat Canada 1-0, thanks to Michy Batshuayi goal, in the other Group F game.

Morocco face Belgium on Sunday before Canada and will hope to grab one of the two tickets to reach the knockout.

Playing at the FIFA World Cup for a sixth tournament, Morocco came out of the group in 1986 in Mexico.

African sides Cameroon and Ghana are in action on Thursday against Switzerland and Portugal respectively.