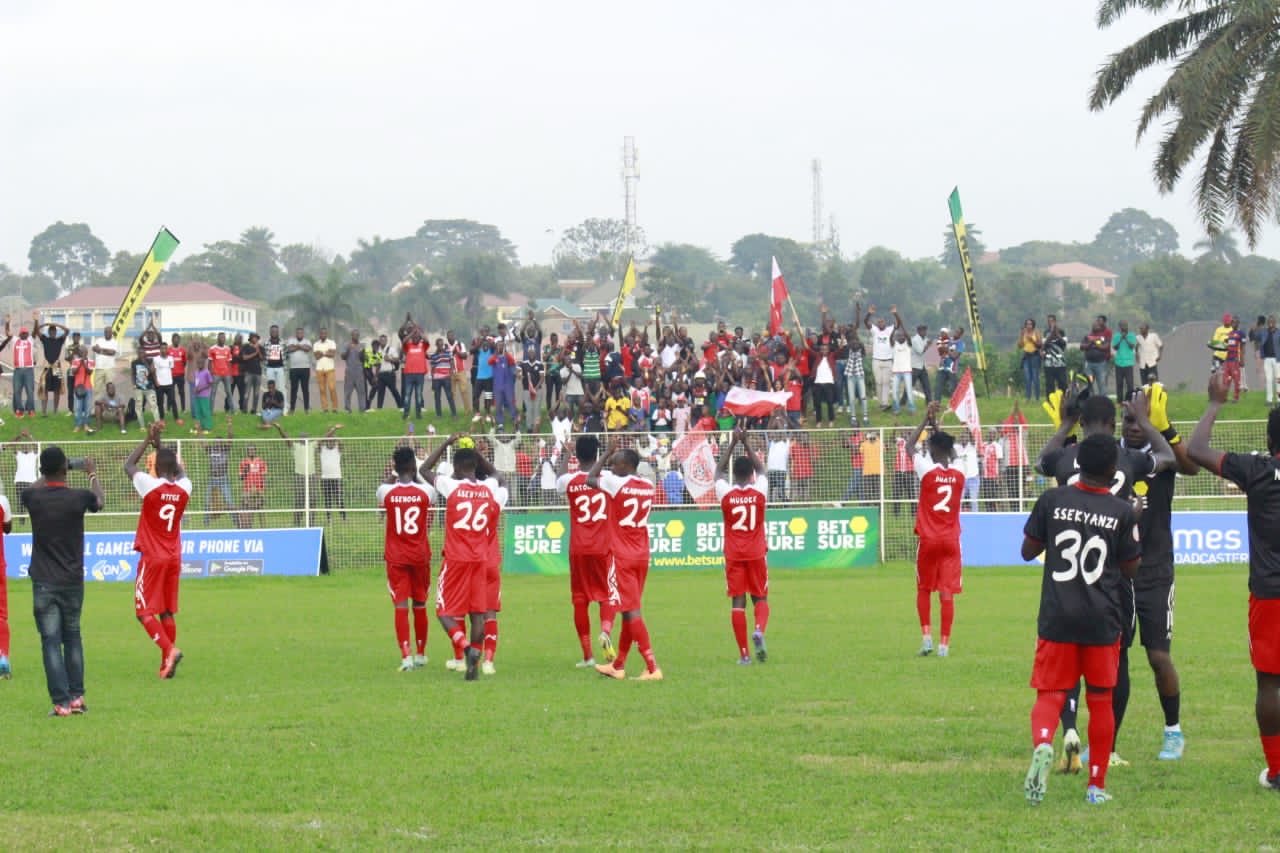 Team News
Express welcome back midfielder Hussein Ssenonga who missed their previous game against Busoga United due to suspension.

Goalkeeper David Lukwago and midfielder Yusuf Ssozi remain long-term absentees with an ACL and a knee injury respectively while defensive midfielder Abubakar Kasule is going through his rehabilitation from a torn muscle on his left knee.

For the Visitors, they will still be without midfielder Alex Mandela and Ashraf Mulindi.

Express FC will be seeking to extend their good run when they welcome Soltilo Bright Stars FC at Muteesa II Stadium, Wankulukuku on Tuesday.

The Red Eagles have been in fine form, winning three consecutive games on the bounce with each coming against Onduparaka FC (2-1), BUL FC (1-0) at home and 1-0 win over Busoga FC to sum up their good start into the season.

Coming into tuesday game, the good news at Wankulukuku is that the Fufa competitions panel on Monday this week awarded Express a 3-0 win after their recent game against Busoga United was abandoned in added time.

The game, played at Kakindu stadium on November 16th was called off after angry fans protested after Allan Kayiwa had scored late in the game through a free kick.

And tear gas was used to disperse the angry Busoga fans who had refused to abide by the referees decision of awarding Kayiwa’s free kick.

Following the decision from the Competitions department, Express moved to the 5th position with now 14 points, three below current leaders Wakiso Giants.

Speaking ahead of the game, Express head coach James Odoch understands the threat Bright Stars pose but is optimistic for a better result.

“Bright Stars is one of the most stubborn teams this league has and I know they will pose a big threat to us tomorrow. They won their last game against Onduparaka and that motivates them. But as a team, we have continued to improve in each game and we know the importance of winning tomorrow’s game and the focus is on grabbing the three points, he told the club’s media.

On Tuesday, a couple of Express players including right back Andrew kaggwa, Derrick Ngobi and Joseph Akandwanaho will be facing their former bosses.

Their star man Allan Kayiwa, who has been the shinning star at Express with now 5 goals and the current League top scorer will be tasked to lift up his side once again at home.

Meanwhile, the visitors, Bright Stars, come a more motivated side having picked their first win of the season in the recent game.

The Stars registered a 2-1 win over Onduparaka at home in Kavumba last week, thanks to goals from Innocent Kitimbo and Nelson Ssenkatuuka.

That win ended their winless streak as they had only managed 5 draws from their opening seven games and it also relieved pressure from their gaffer Asaph Mwebaze, whose side had endured a low start.

Back on the road against Express, they be seeking to build on that win over Onduparaka to get a needed result away from home.

Ahead of the game, Bright Stars pacy forward Emmanuel Loki they will bank on their recent history against Express to get the job done.

“It’s a special game. We have good records against them (Express) because they rarely beat us. So we are ready for them and our fans should expect the best, he told the club’s media on Monday.

On Tuesday, the Stars, who are seated in the 11 th position will have sights on more points so as to run away from the danger area.