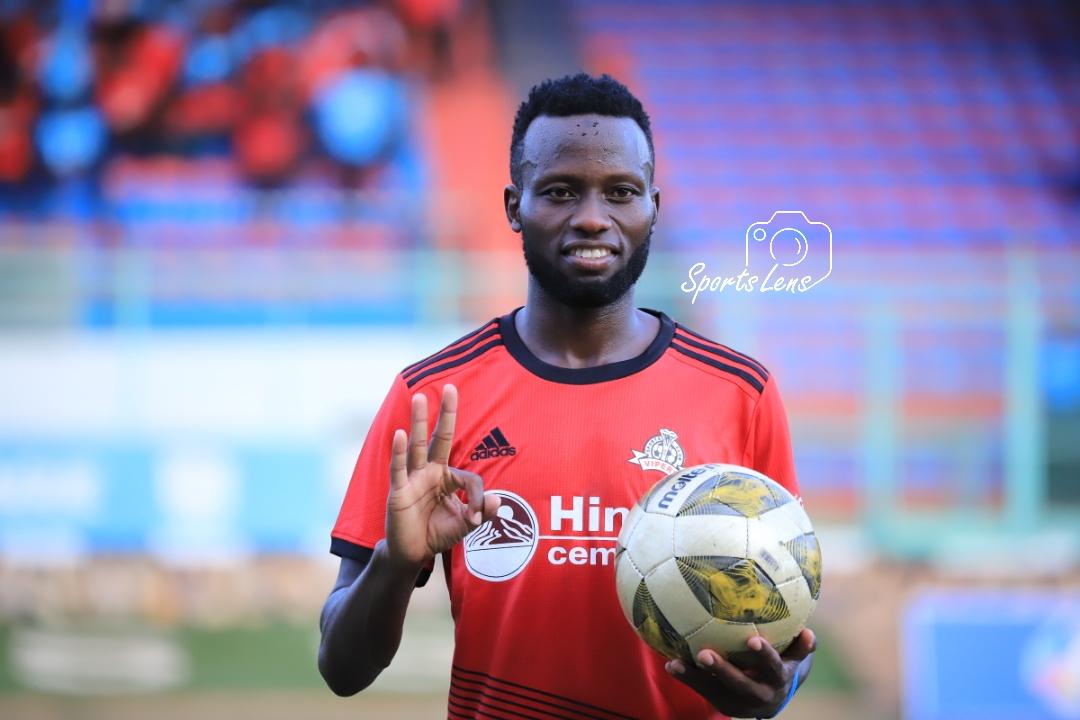 Yunus Sentamu starred with a hat-trick as Vipers eased past UPDF in a league game at Kitende.

Sentamu was involved in the other fourth goal (opener), when he delivered a low cross that Rogers Adriko turned into his own net.

His first goal arrived in the 73rd minute when he beat an offside trap to slot in from a Bright Anukani cross.

He showed great awareness to extend Vipers lead later when he benefited from a poor back-pass for the game’s third goal.

Sentamu provided the icing on the cake when he was at the end of a good cross from Karisa to seal his hat-trick.

The first and second goals by Yunus we’re contested by UPDF coach Brian Seenyondo and his players who claimed offside in the build-up.

The opening goal before halftime, an own goal, was controversial though; the second assistant referee raised his flag to signal a foul on Yunus but the referee gave Vipers the advantage and his cross was turned in by Adriko.

Vipers Nigerian striker Abubakar Lawal was given his first start after Cromwell Rwothomio was handed a family leave, but he failed to get off the marker after his two close attempts rattled the post.

Defender Hilary Mukundane also twice missed from inside the area, with his headers off Bright Anukani freekick going just wide.

Yunus and Karisa could have scored more but could not find the target in opening exchanges.

The Visitors had their moments as well, but could not find a breakthrough. Abasi Kyeyune got the first chance in the second minute of the game when he was sent through on goal but shot direct at Keeper Alfred Mudekereza.

Mudekereza also denied substitute Zzinda from close range with a one-hand stop while Ivan Ahimbisibwe and Faridi all came close.

It’s the third straight win for Vipers who move third on the table with 14 points, level on points with BUL in second.

It’s the fourth loss in a row for UPDF who have failed to score in all those games, with the side slipping to second from the bottom.