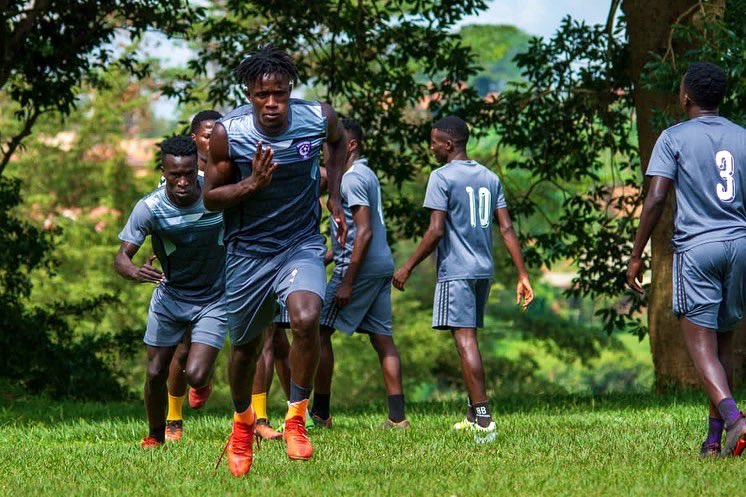 Team News
•Wakiso Giants welcome back Uganda Hippos trio of Titus Ssematimba, Nyanzi Marvin and Ronald Madoi from the CECAFA tournament and are available for selection.
•Frank Ssebufu has returned to training after overcoming a groin injury but he will require a late fitness test for the Gaddafi game.
•Ambrose Arinda who missed the game against SC Villa through injury is also back to fully fitness and available selection.
•For Gaddafi FC, they will miss the services of captain Andrew Waiswa who is serving a cards suspension.
•Mahad Yahaya and Yunus Sibira are fully fit after returning from injuries which ruled them out for a couple of games.
•The Wakiso game comes too early for Ronald Bithum and Sadiq Ssekyembe who are still nursing injuries.
•They well come back the best goalkeeper of the CECAFA U20 tournament Abdul Magada

Wakiso Giants will face Gaddafi FC in the Uganda Premier league match at Kabaka Kyabagu Stadium in Wakissh as they target maximum points to extend a perfect run.

The Purple Sharks under coach John Luyinda Ayala are on a six games unbeaten run and sit joint top of the log with 14 points from seven games, they have managed to avoid defeat after their first league game where they lost to KCCA FC.

Head coach John Luyinda Ayala expects a tougher tie against Gaddafi who have got alot of experienced players but he remains positive of picking positive results.

“We have faced good teams with experienced players and coaches in the past and it’s the same approach we shall use against Gaddafi which falls in the same category,” Luyinda said.

“They have quality and experience but we shall encounter them because we feel we can match them or even better.”

Wakiso Giants have had a strong run at home as they are yet to lose a single game with only the defending champions Vipers managing to pick a point from Wakisha.

They defeated Blacks Power 3-1 and URA FC 2-1 dominating play in all the games they have played at home so far this season.

Gaddafi FC come into the Wakiso game on a high rise after registering two back to back wins and are also unbeaten in their last five league games.

Head Coach Wasswa Bbosa has backed his side to pick maximum points from Wakiso as he targets scoring more goals which cost them in their first four games in the league where they only managed to pick three draws and one loss.

“We have made a couple of changes which have seen us win the last two games, we worked on our finishing which halted us in the first league games, we are prepared enough for a Wakiso Giants and the beat team will win the game.”

Gaddafi FC had only managed two goals in their first four games but have went on to double that tally in the last two games where they have picked wins and scoring four goals.

Both teams have faced off twice in the last season with each side winning their home tie.