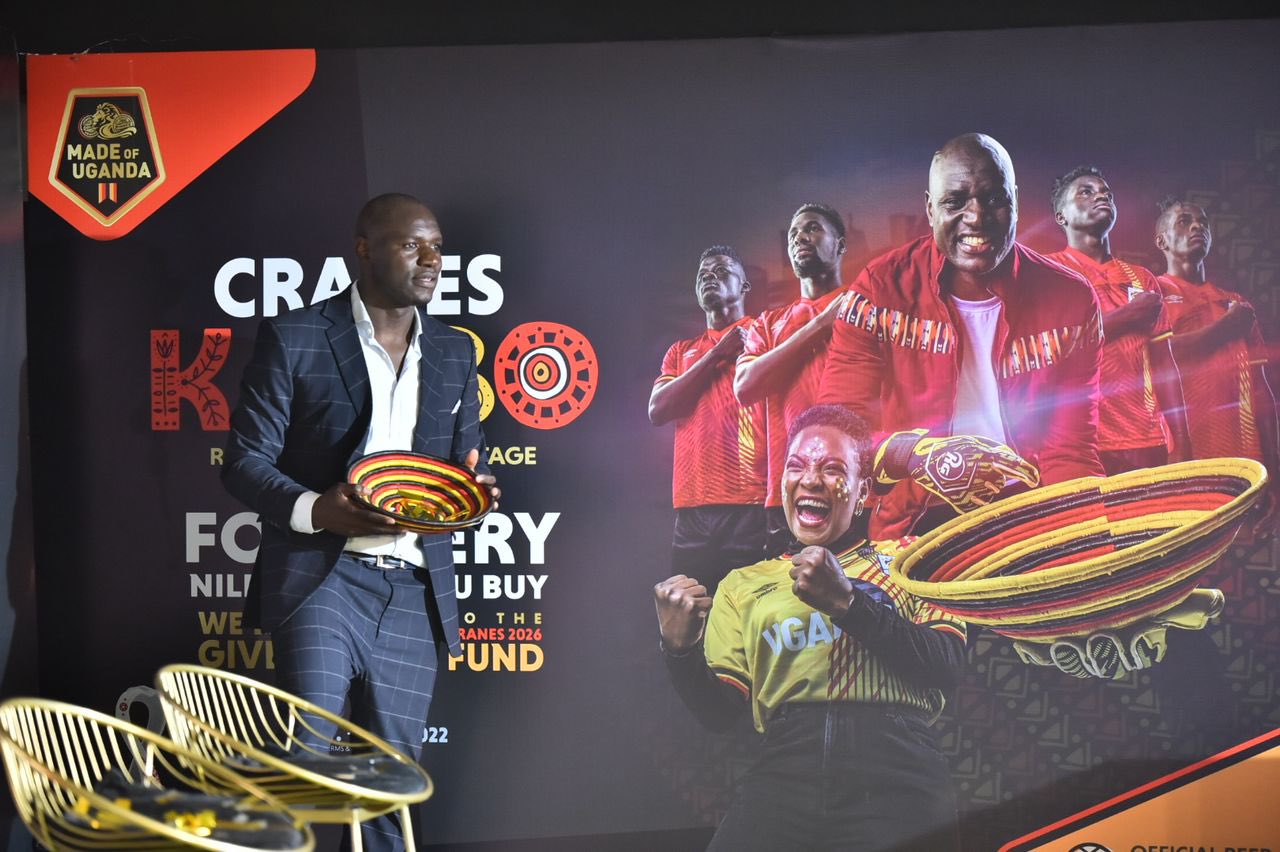 The 2022 FIFA World Cup starts this Sunday in Qatar but Ugandans, as it has always been in the past editions, will be watching from the comfort of their living rooms.

The World Cup, the pinnacle of international football, has seemed too close but yet too far for the Cranes who have fallen short in recent qualification campaigns.

But the Cranes are confident that through the right planning, the next edition in 2026 which will be staged in the United States, Canada, and Mexico, is within their reach.

Nile Breweries under their flagship brand of Nile Special has fronted the #CranesKibbo campaign to smoothen the road for the National team.

Through this campaign, sh50 off every Nile Special beer bought starting today, will go to the 𝗖𝗿𝗮𝗻𝗲𝘀 𝗙𝘂𝗻𝗱.

“This is a great cause for the Cranes, and as you all know here in Africa, whenever we have an event, as have to come together to collect funds in a show of support for the cause.

“This is starting with us, it’s time for us as Ugandans to help the Cranes lift our flag and we call upon everyone to join this cause.”

The campaign comes a day after former Uganda Cranes goalkeeper and captain Denis Onyango hinted via his social media pages that he might be coming back to the National team.

“Onyango is back, though in a different capacity,” added Ssemakula.

“He is Mr. Safe hands and that is why we have out the Kabbo in his hands.”

Uganda Cranes, under FUFA, receive Sh10bn from the government each year among other funds.

Ssemakula says that Nile Special, who has been a long partner of FUFA and Uganda Cranes, are just supplementing on what is already in place.

“We are not here because they (Cranes) are lacking in sense of welfare, but they are still lacking in different ways. We want to make sure that all the gaps are closed. We will be guided on how to use it (funds). And we intend to be very transparent.”

FUFA EXCOM member in charge of marketing Rogers Byamukama said that the funds could be used in a couple of ways not limited to player or coach development and or put in place a state of the art training facility to help the Cranes fulfill its set World Cup dream.

Byamukama added: “The 2026 World Cup is our key deliverable in our Five-year strategic plan. But to deliver the World qualification, you need a lot of planning. Many of those nations that qualified to this 2022 World Cup planned decades ago.

“We are excited that our long standing partner Nile Special has led this campaign to ensure that we qualify for 2026 event. That journey needs a lot to ensure that we deliver it. This Kabbo is very symbolic and that it’s our responsibility as Ugandans ensure sporting success for the Cranes.”

Byamukama urged the fans to consume responsibly and also if possible, buy for friends as well.

The Deputy Executive Secretary of the FUFA Marketing and Communications unit Rogers Mulindwa briefly commented: “When you want to go fast, you walk alone, but when you want to go far, walk together. Let’s join together as one and this dream will be a reality.”

The 2026 World Cup will be the first to include 48 teams, expanded from 32, and in that order, Africa is guaranteed nine places, up from the current five.

The 10th nation from Africa will enter a six-team play-off tournament to decide the final two qualifiers.

With Uganda Cranes having come close in past qualification campaigns, an expansion hands Uganda a good possibility of playing on the World Stage.

Onyango, in his remarks, started by asking for forgiveness from the Ugandans for disturbing them on Thursday with that ‘return’ Tweet.

He stated: “This new campaign is a National cause and without everyone’s support it cannot come to fruition.”

Nile Special who is targeting around Sh400m has fronted Onyango as the ambassador for the campaign.

“Being part of this as an ambassador makes me proud, but making it to the World Cup will make me the proudest.

“It’s possible; and small countries like Togo that went there (World Cup) before, it’s because they were supported.”

Onyango said that if players hear that the whole country is behind them, they will double their efforts.

“If we do it as a whole, and if we believe that we are going to the World Cup, we shall be there. Let’s not leave this to Nile Special and FUFA.

“Football is all about fighting. And let’s fight together. We came close in the past, but we were not playing to qualify then, it’s like we were playing for fun.”

Onyango, when asked about a real possible return back on pitch, commented: “I am back as part of the Cranes, this is a National cause. We have to push this together. As long as am part of this campaign, though it might not be on the pitch, it’s all good for me.”

Coach Milutin Micho Sredejovic said that the qualification to 2026 World Cup is realistic and “failing to plan is planning to fail.”