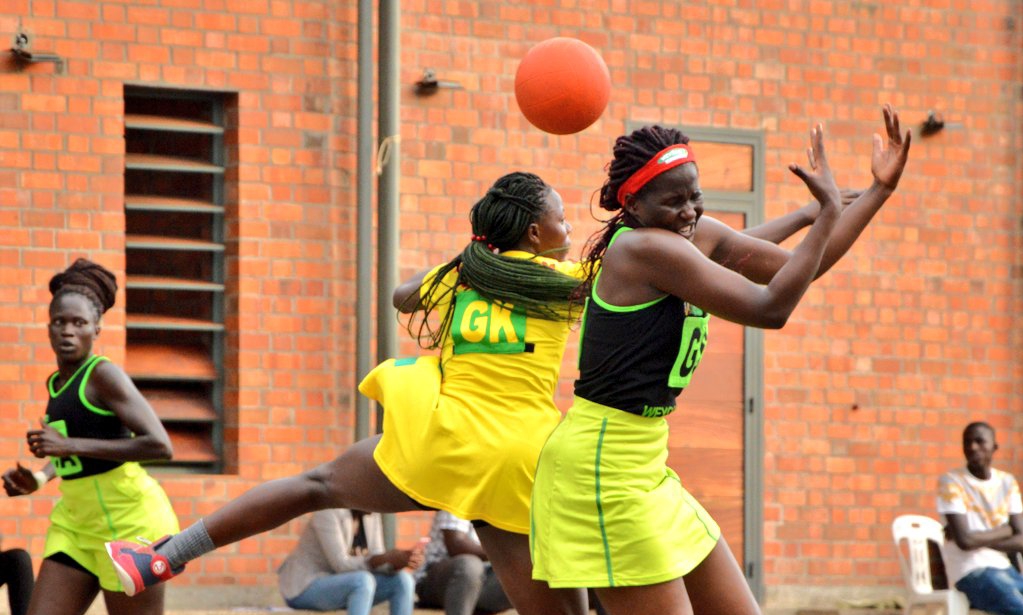 In a highly intensive encounter, It was Weyonje who made the first threat through Sharifa
Namulodi who won the rebound which Weyonje went ahead to convert to take lead before another turn over which opened a four goals cushion in their favor.

KCCA’s Malisera Akello solid defense in the circle and Fauzia Nakibuul defense interception in mid court saw KCCA leveling the gap to nine all, and taking the lead for the first time at 11-9 before Weyonje fighting back to end the first quarter eleven a piece.

At the start of the second quarter, Milly Apio made a steal for Weyonje to open a three-goal lead straight away, but again KCCA defence fought back to level matters to 14-goal all.

It was a goal for a goal situation after for both teams who went into half time break tired 22-22.

Third quarter started with turn overs at both ends but both sides struggled to convert untill after almost three minutes when Weyonje opened scoring.

Sandra Nambirige made a notable interception which her shooters converted to give KCCA a two goal lead at 25-23 which they managed to extend to four goals, thanks to Nambirige and Malisera Akello’s partnership which won balls for them to end the third quarter at 32-29.

Towards the middle of the third quarter, Weyonje’s sharp shooter Asinah Kabendela was substituted off injured which was a big blow to Weyonje’s shooting circle, forcing coach Jesse to shift a tiny figured Lilian Achola from center position to goal attacker and this literally costed them a match.

In the last quarter, KCCA stood its ground and capitalized on Weyonje’s blunders committed in the final third to open a six-goal advantage at 36-30 which Weyonje managed to reduce by only two goals as the match ended 41-37 in favour of KCCA.

KCCA move to second position with 10 points and a health goal advantage with three games in hand, while Weyonje slips to 4th with 10 points from eight games.