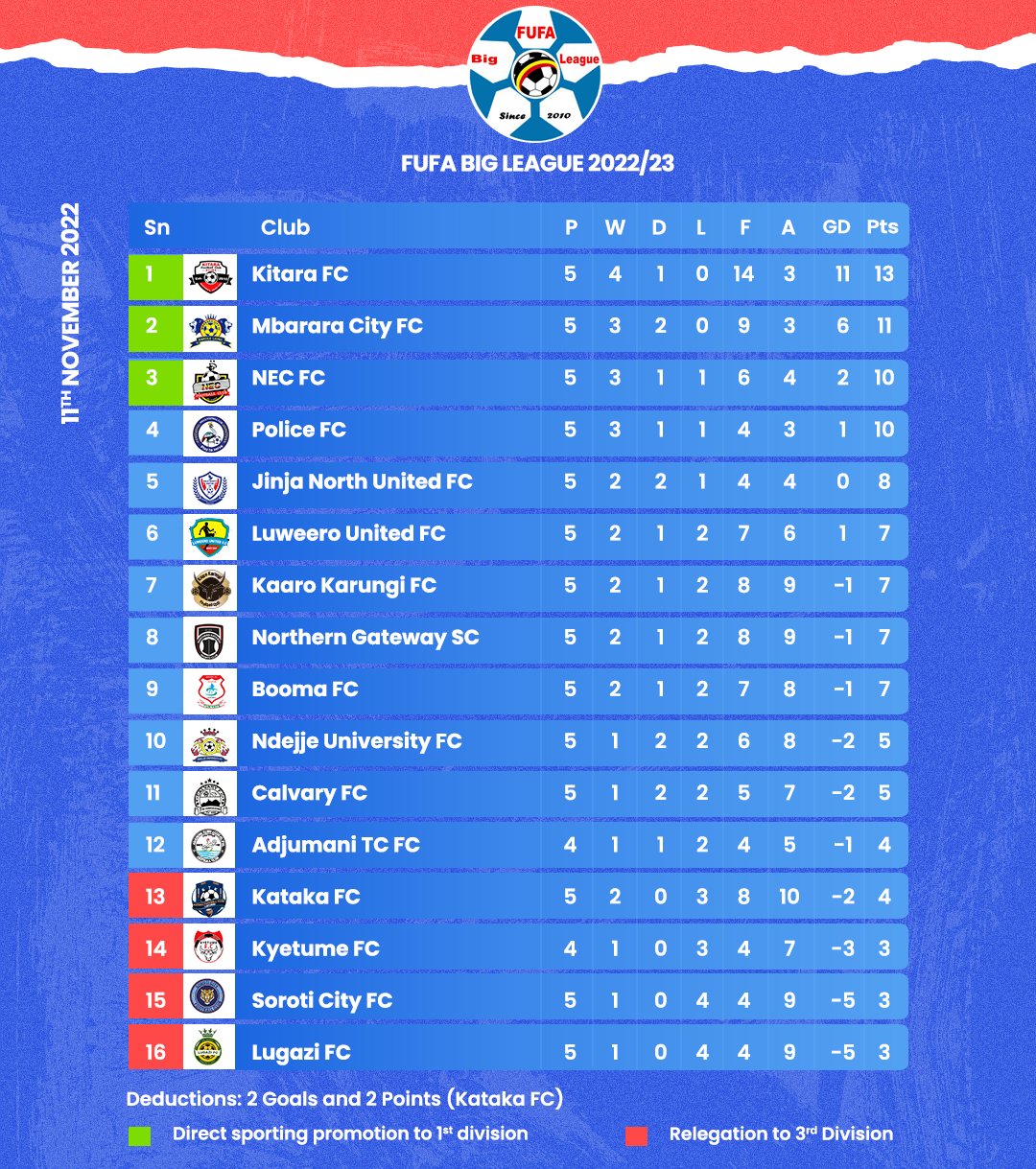 Police FC will be targeting maximum points when they welcome Ndejje University FC in a FUFA Big League game at Kavumba Recreation grounds.

But they will have to do it without two players including Striker Herman Wasswa who is ruled out after suffering a knee injury against Kyetume.

Timothy Muwanguzi is also ruled out due to illness.

Kyambadde Ismail Bastos has fully recovered from a knee injury and is available for selection after a lengthy layoff while Tony Kiwalazi got a knock against Kyetume but deemed fit for the game.

“The mood in training is very good, everyone is determined and want to win the game since we are at home,” said Police coach Angelo Lonyesi.

“Despite the fact that we are playing a good team in the Big League and we are having some two injuries, the boys are willing to give it their best and I believe that we are ready to go.”

Police FC, relegated from the top flight last season, sit fourth on the table after five games having won three, drawn one and lost as many this season.

Ndejje University on the other hand, were held to a goalless draw in their last fixture against Calvary and now sit 10th on the 16-team log with five points.