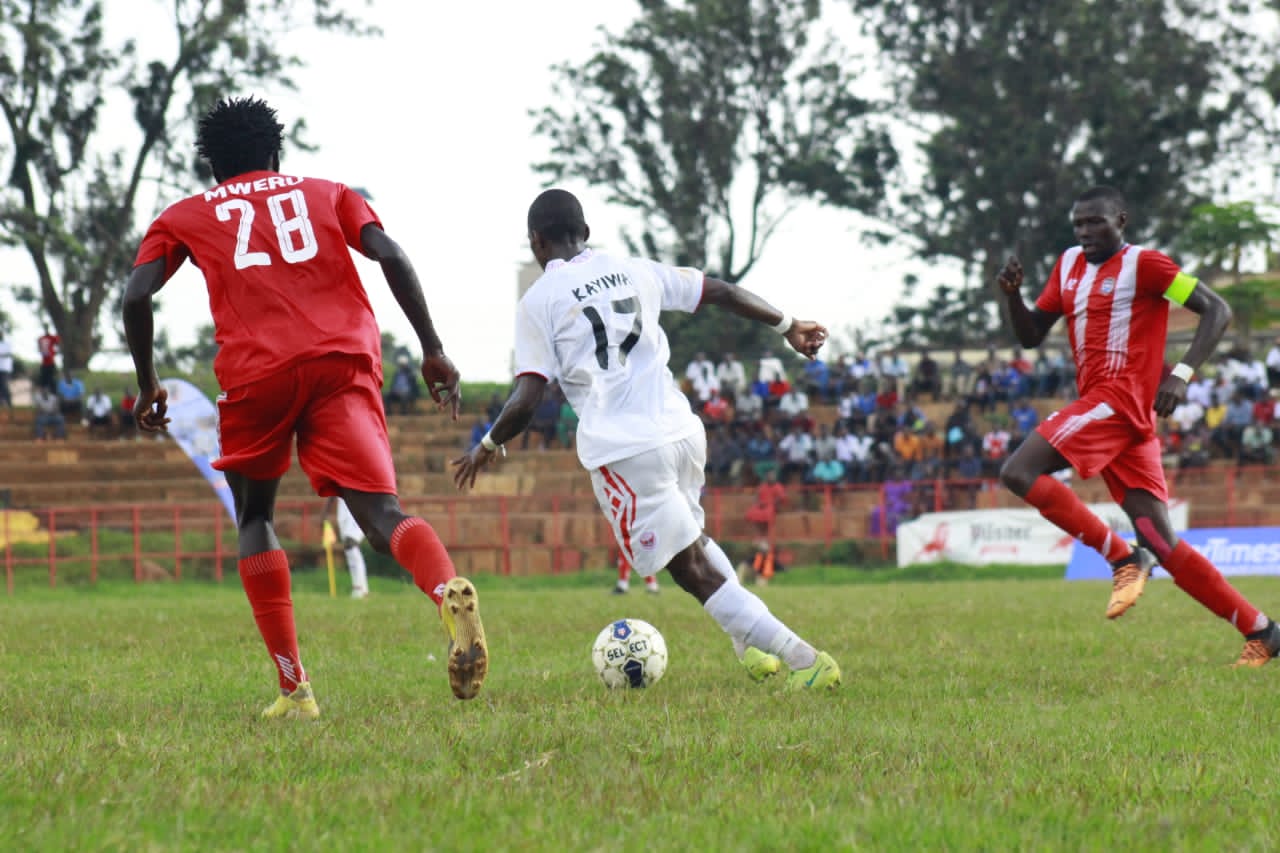 The former Vipers winger converted a free-kick in off the cross-bar in the 87th minute to hand the Red Eagles a 1-0 lead.

But few moments after, the game was halted as the home fans pelted stones onto the pitch in the five added minutes.

The players and match officials remained in the middle of the pitch for over 30 minutes, with the latter needing security personnels to be escorted off.

Initially, the referee had made an attempt to restart the game, but the fans pelted stones again.

The home fans were protesting the day’s officiating, but the the freekick leading up to the goal was rightly given after TV replays showed Ibrahim Kayiwa clearly handling the ball just outside the box.

This is the latest form of hooliganism this season after SC Villa and Wakiso Giants game at Wankuluku last week.

Express is expected to be awarded the whole three minutes, with the final decision set to be announced in due course.

He came out of his goal to deny Ivan Mayanja in one-on-one situation and also kept out a good freekick from Joseph Akandwanaho.

Busoga United were the second best on the day but had shown some glimpses of hope including a good effort from Charles Mulanda that rattled the post.