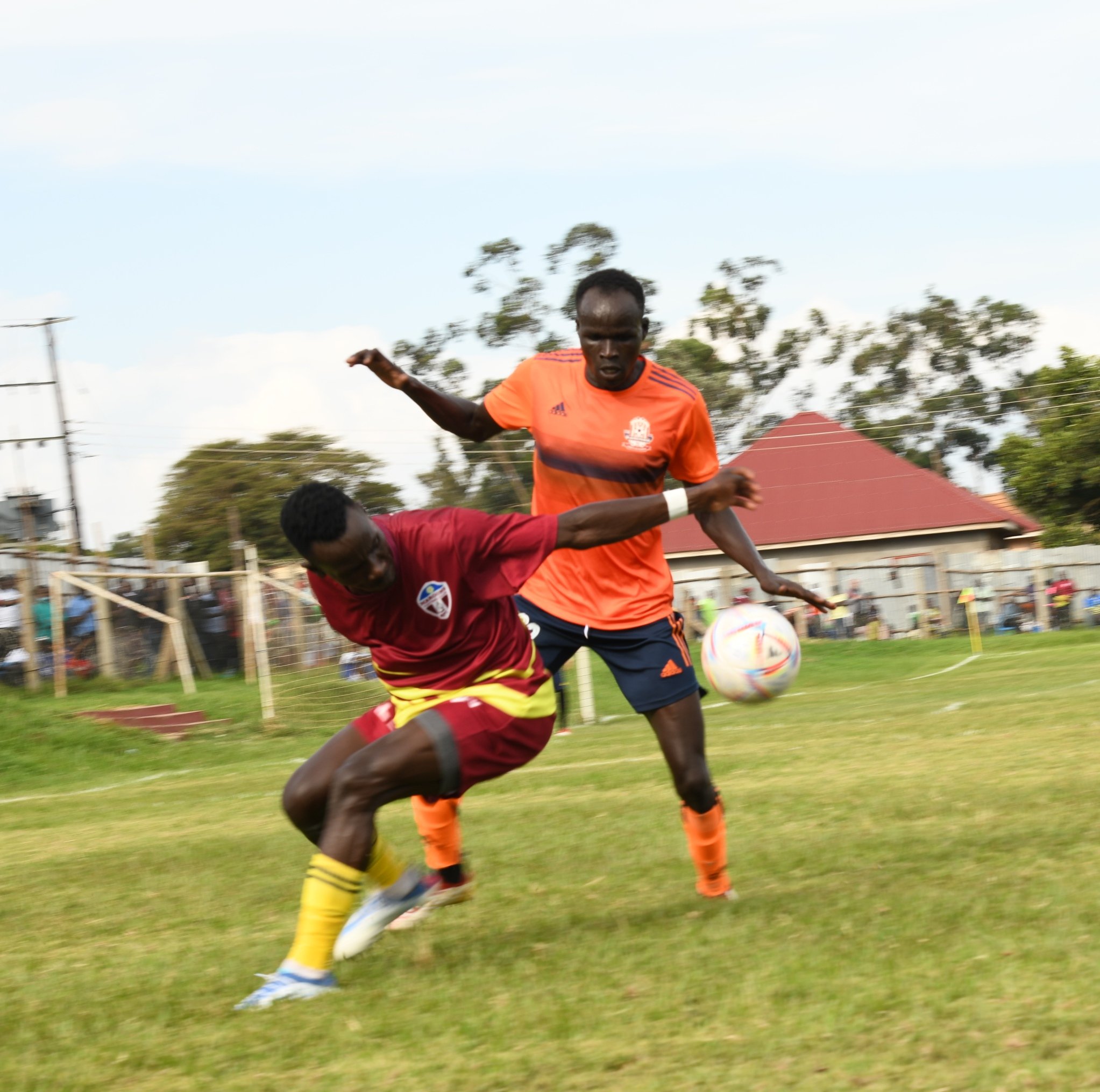 First half goals from Dickens Okwir, Mike Siwu and Simon Peter Otto were enough to hand the Visitors the long awaited win.

Solomon Walusimbi’s goal which was an equalizer at 1-1, proved not enough at the end as Maroons suffered their first loss at home this season.

The Visitors capitalized on hosts’ slow start and sloppy defending in opening minutes which enabled Francis Onekalit’s pass to meet unmarked Dickens who rolled in a beautiful finish.

Maroons answered seven minutes after with Walusimbi scoring in an empty net after a good delivery from Godwin Kitagenda.

In the 17th minute, Maroons back line suffered a huge blow when captain David Ndihabwe was stretchered off with a very serious injury.

In the 33rd minute, Siwu converted from the spot for Blacks Power to regain their lead after a foul on Dickens.

Three minutes later again Onekalit proved unselfish when he set Otto, who looped the already beaten Simon Tamale to give Blacks Power a comfortable lead before half time.

Second half was all about hosts who looked dominant but could not find a way through as the visitors remained composed at the back and goalkeeper Emmanuel Odongokara who voted man of the match.

Three minutes into the second half, Samson Kigozi was presented with a good chance but his effort was credibly taken care of Odongokara.

In the 65th minute, substitute Lawrence Tezikya missed an open goal when he fired his attempt few inches wide of the far post.

And Tusubira missed another seater when he squandered a simple finish after wiping away defenders.

With seven minutes to play, defender Daniel Otis pulled a brilliant block when he cleared Walusimbi’s effort off the line before Ondongkara saved against Tezikya’s attempt.

In what could be the miss of the season, Tezikya with all the time he needed, missed a simple tap in off the rebound which had left goalkeeper beaten hands down on the ground.

Maroons remain 10th on the log with 8 points from 7 games which they will take to Bombo to play UPDF in their next fixture next Tuesday.

Blacks Power remains in 14th position with 5 points and a negative of 10 goals from eight games and they will play UPDF next in Lira on November 28.