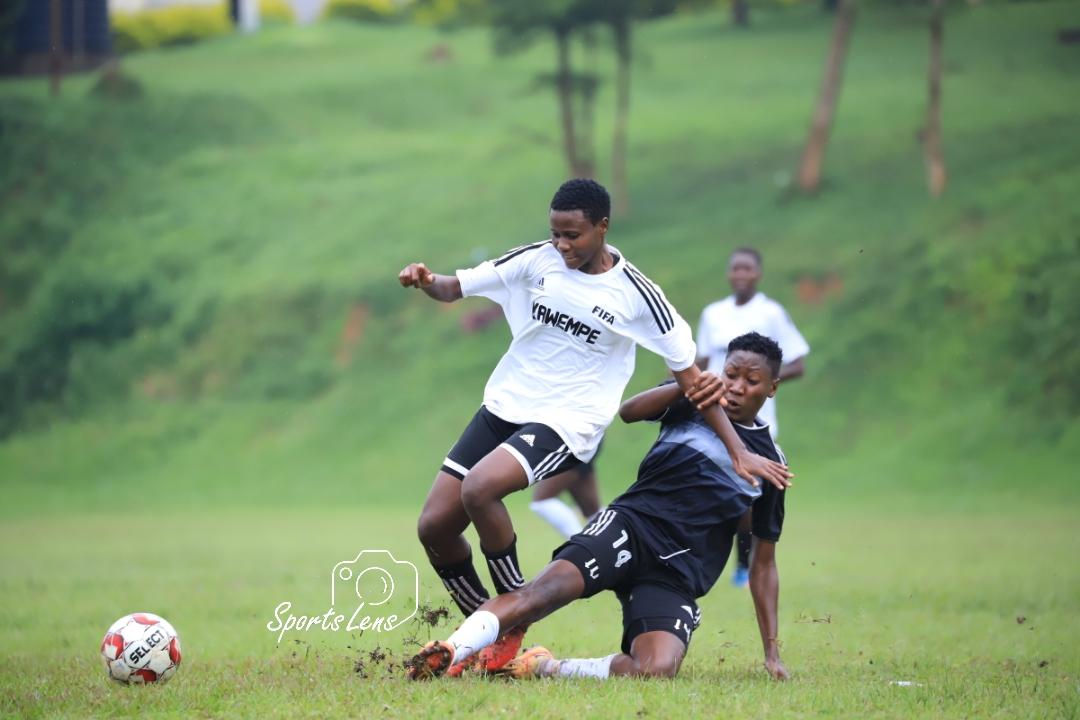 However, the league leaders needed a contested penalty to get the edge in a closely contested match watched by FUFA boss Moses Magogo.

The big moment arrived in the 16th minute with the ball hitting the chest of Kawempe’s Agnes Nabukenya but the referee instead awarded a penalty.

And in-form forward Resty Nanziri scored the all important goal from the spot to ensure that her side continued with their unbeaten run.

It is the 8th win in a row for the Queens and they remain on top with 24 points.

For Kawempe, they suffered their second loss of the season and dropped to fifth after eight games.

Playing at home after a heavy downpour at Kabojja, Kampala Queens showed early intent to score as they made attempts to score first.

And when Nanziri’s goal proved the difference before the break.

Nanziri’s goal is her 7th and is the current league joint top scorer alongside UCU’s Ashiat Nalugwa.

After the break, Kawempe tried to stage a comeback especially in the closing stages but couldn’t pull one back against an organised Kampala Queens side.

Hadija Nandago and Shakira Nyinagahirwa both came closer but were denied on various occasions.

“Today’s game hasn’t been an easy one since they also had a good game, Kampala Queens head coach Hamuza Lutalo said after the game.

“We still have a lot of tagerts. We play Rines WFC next and we need to win all our games of first round. We hope with the coming break, we shall come back even stronger”

Victory ensured that Lutalo’s side extended their good run. They have now picked eight wins out of eight games and moved to 24 points with only one game to end the first round.

What Next- Kampala Queens will visit Rines WFC in their last game of the first round on Sunday 20th this month while Kawempe Muslim host Uganda Martyrs Lubaga on the same day.