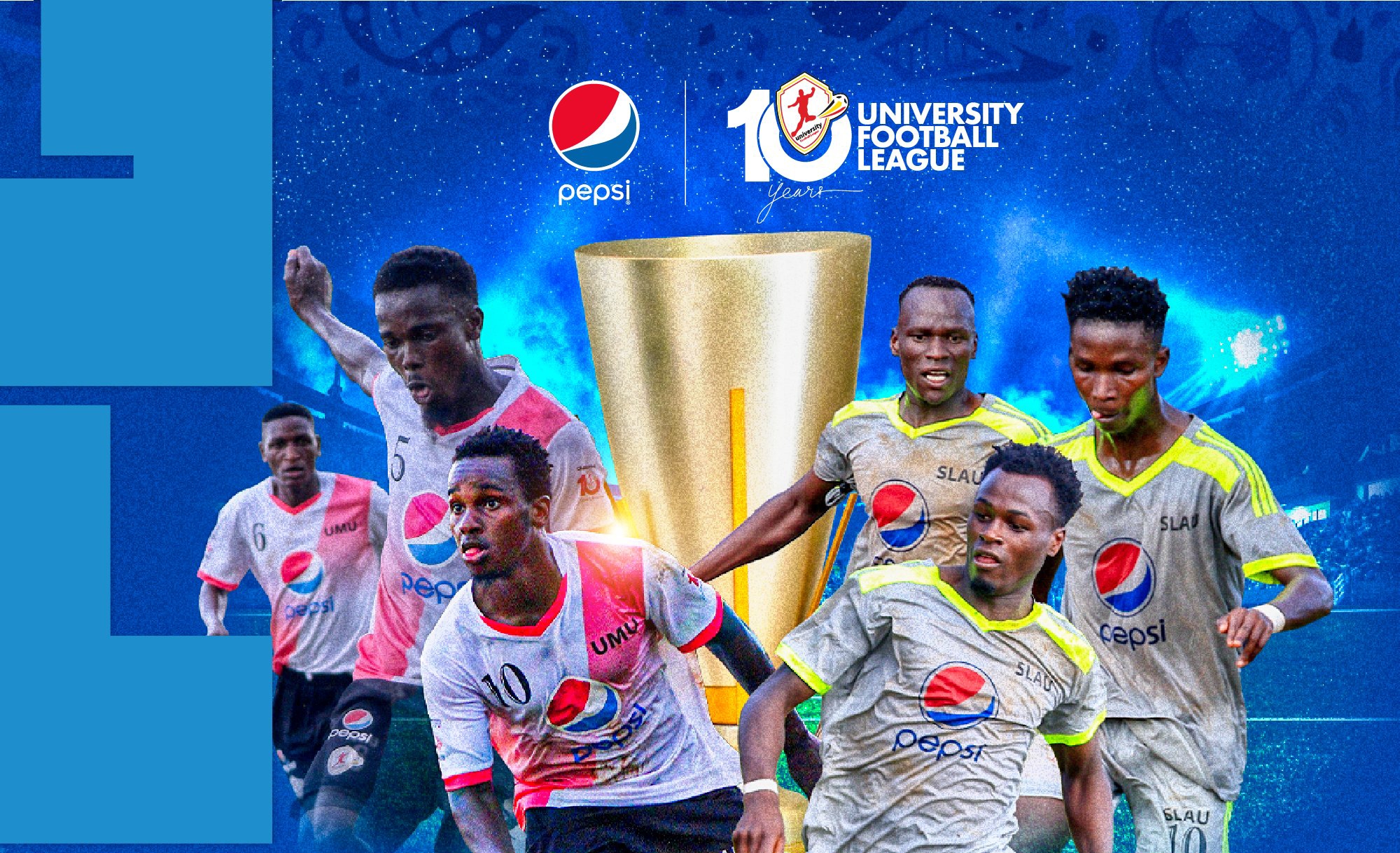 The climax of the Pepsi University football league will see St. Lawrence University take on Uganda Martrys University in the finals at Lugogo on Saturday.

The two sides have impressive since the start of this year’s competition thus reaching this far.

St. Lawrence University, who were runners up in 2019 return to the final for the second time in a row, after eliminating Mubs 5-1 on aggregate at the semi finals.

And this time round, they will fancy their chances to win this title for the first time in their history.

Speaking ahead of the game, St. Lawrence University Captain Kayemba Umar said that this is their time to take the trophy.

“We played in the previous final and lost 2-1 to UCU and it has been haunting us all this long.

“And here comes another chance for us to try and win it for the first time meaning we should be careful not to fail. I urge my teammates not to underlook our opponents because they are a very strong team, he told the pressmen on Friday.

On Saturday, against Uganda Martyrs University, they face a side that has won this competition before in 2017.

But throughout this year’s edition, St. Lawrence have emerged a high scoring side against each opponent they have faced.

They have a top scorer in Bruno Bunyaga ( 12 goals) and he will be tasked to carry the team on Saturday.

Meanwhile, Uganda Martrys will be seeking for a second title when they face SLAU on Saturday.

The Nkozi based university ejected defending champions UCU on penalties to reach this far.

Speaking ahead of the game, Uganda Martyrs University captain Masuudi Kafumbe understand the task ahead but is optimistic his side will take the title.

“We are going to face a very strong and tough team (St. Lawrence). They have not won the title yet but everyone can see their potential and playing in back-to-back finals gives them more hunger and motivation, Kafumbe stated.

“However, we have also taken long without winning it, and having reached the final the focus is to add a second title to our name. We also want to write our names in history and this gives us extra motivation,” Kafumbe added.

Against St. Lawrence, they face a side that is hungry for a maiden title in the University football league.

But Uganda Martrys will bank on the fact that they have won this title before when they beat Mubs 2-0 in 2017 at Namboole stadium.

Earlier on in the day before the final, defending champions UCU will take on two time champions MUBS in the third-place playoff at 12:30pm.