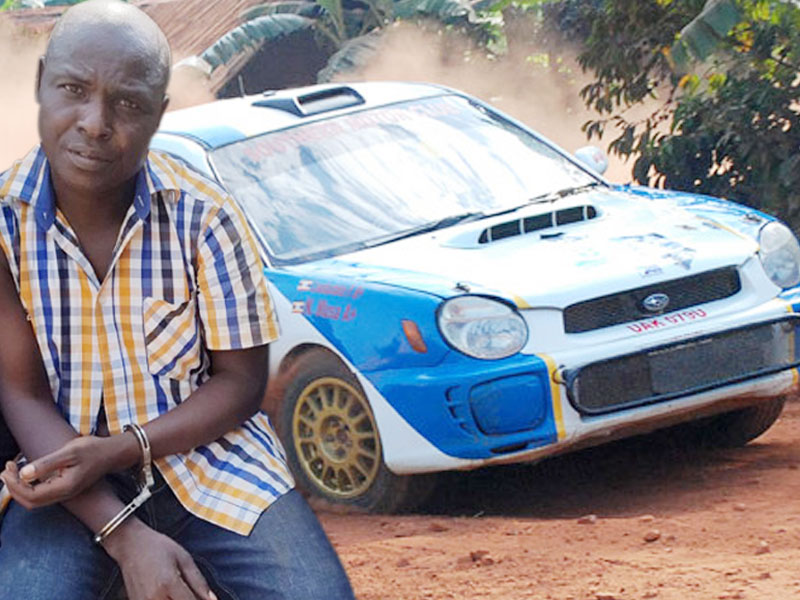 The sixth round of the national rally championship that might turn into this year’s title decide will have no two times champion and also the log leader Ponsiano Lwakataka.

The mafu-mafu rally team driver who has endured to be on top of the table with 332 points is said to be behind bars for at least the last two don’ths on charges of land grabbing after he also said to have skipped his court appearance.

Lwakataka who was supposed to be among the drivers in a sprint race in Kasanje during the National motocross championships sixth round, many couldn’t notice his intentional absence but possibly realized he was out of public for a while.

Though Lwakata’s name appears on the final entry list, he was just being expected to be released by Wednesday but, by close of the day there was no confirmation of his release.

It’s even alleged that some individuals in Rally circle tried to reach out to authorities to have Ponsiano out of jail to compete but all but effort was futile.

But meanwhile, Lwakataka also logged in a formal complaint to be given back his points docked off after the Kaliro Sugar rally that he won.

The rally was stopped due to safety issues and going by regulations, he could only be given 50% of the points as rally winner.

Lwakataka in his case, of given back the 50% might be on verge of clinching his first title after 15years since he last won a title.

But in absence of Ponsiano who is vying for his 3rd national rally championship title, eyes will be on other competitors like Omar Dauda who surprised many when he won the 4th round of the NRC.

Umar Dauda had 208 points in second which puts him ahead of all other competitors like Jonas Kansiime who has so far collected 192.5points.

The performance of so called big bulls in the kraal like Ronald Ssebuguzi, Jas Mangat and Duncan Mubiru this season is yet to put them so close to the title but they handed in their entries for participation with 34 drivers registered by close of e tries on Sunday.

The Central Motor Club (CMC) rally was supposed to run in September to be specific on 9th in areas of Kassanda but the title sponsors pooled out the organisers had to wait until Kaliro Sugar came in to boost the rally organisation financially.

But still in absence of CMC top boss Rajiv Ruparelia who is said even to be out of the country for a while due to family issues and other cases almost for like six months the club is limping administratively and financially, though they accepted not to pass the event to federation but rather to still be in charge of it.

The two days event according to COC Alfred Mutanda will cover 302km of five sections where by three will be done on day one and two on last day with longest section covering 41.05km.

Due to encouragement of safey, it’s will be a closed route with specific viewing points in areas of Iganga, Nakalama and Bugweri.