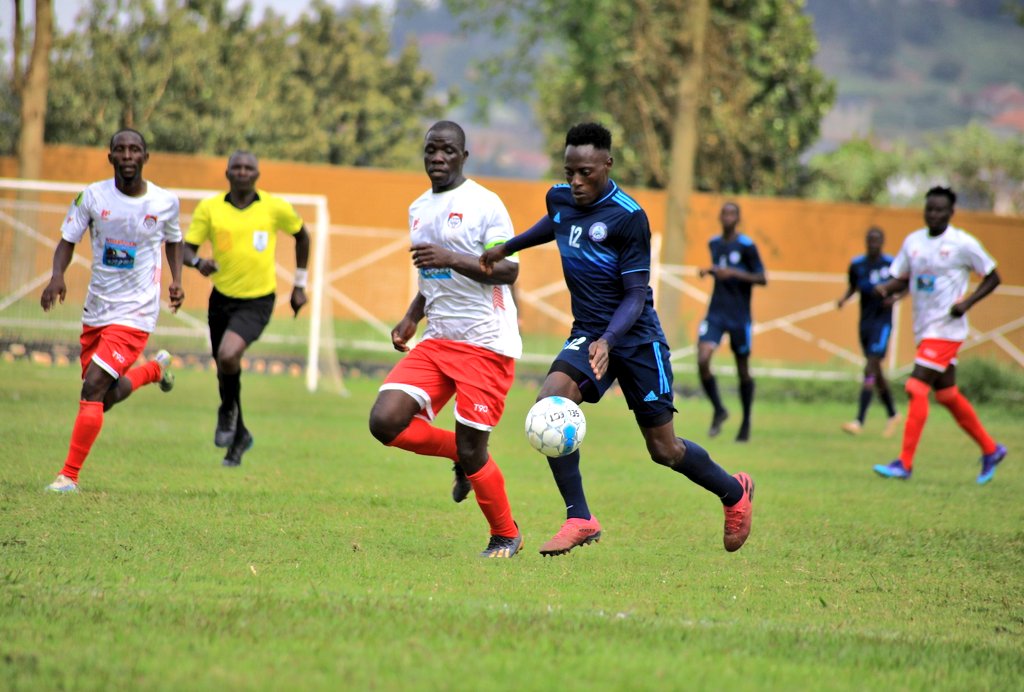 On the other side, Baker Kalyowa failed to convert his, in the dying minutes to deny what would be an equalizer to the visitors.

A win saw Police register three wins out of three games played at their home ground this season and they move 4th on the table with 10 points from five games played.

After a one-all draw away from home at Kataka FC in their last fixture, Angelo Lonyesi troops came into this one well charged, taking proceedings in their hands straight away.

Just inside nine minutes, Wasswa converted from a penalty to put the hosts up front following Charles Musoke’s foul on Emmanuel Mugume.

Mugeme had earlier on in the sixth minute had his close range effort rattle the woodwork before Wasswa skied the rebound.

Just at the beginning of the second half, Mugume was presented with a goalkeeper-to-beat chance through Wasswa’s through pass but failed to find the target.

Again, Mugume in the 59th minute tried his luck with what would have competed for the goal of the season, but his half-volley was parried away by the goalkeeper.

Both substitutes Rahumatah Kagimu and Denis Lubowa tried so hard to draw the Visitors back into the game but could not find space to go past goalkeeper Davis Mutebi.

But with three minutes left to play, the visitors got the clearest chance to level matters following Owalamu’s handball in forbidden area but Kalyowa struck the woodwork from the spot.

Kyetume remain in relegation drop with only one win gotten in four games so far.