She Cranes Have Focus On World Cup After Fast 5 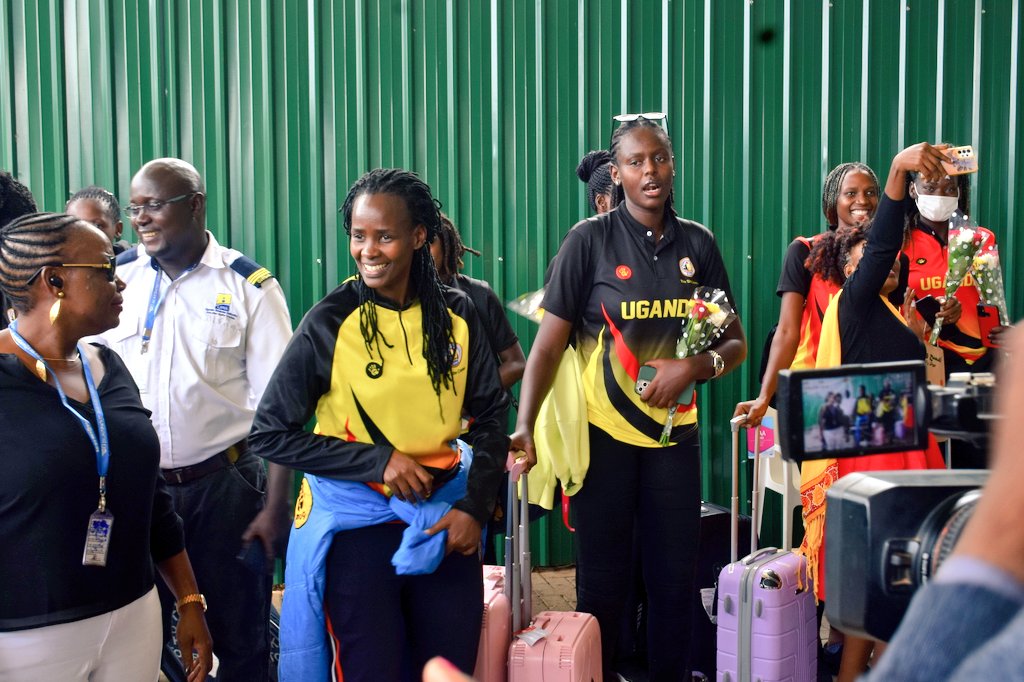 Four days ago, a trending video of the She Cranes dancing to Grenade’s Babandana had many Ugandans beaming with delight as the team celebrated their win against Jamaica at the FAST5 NETBALL WORLD SERIES in New Zealand, but let not the grin on their faces in the video lure you into thinking they are a bunch of lucky girls mining a fortune in the Cranes shirt.

Uganda beat Australia who were eventual winners of the tournament and the world’s number one, to make it three wins that had them finish fifth on their debut, in addition to having some of their players recognized for outstanding performances, but still returned home in a “loud silence” from the government.

Uganda’s National Netball Team -the She Cranes- is arguably one of the most outstanding flag bearers of the black-yellow-red colors on the international scene and this has had several netizens question why the sport has not been prioritized by the authorities in terms of funding.

The team jetted back into the country on Tuesday afternoon and were received by a handful of well-wishers that included the Netball Federation’s Board of Trustees, family members, and obviously the airport staff, before journeying to Mestil Hotel in Nsambya for dinner and a media address.

It is at this media address that Honourable Babirye Sarah Kityo -the Uganda Netball Federation President- delivered a heart-wrenching speech about how the “much celebrated” winners operate on goodwill and debts.

“…comparing Netball to Athletics is not fair. It is easier to manage yourself as a single person than it is to manage a team. No doubt Athletics has done us proud as a country and they deserve the very best, but so has netball.” Babirye Started.

“The She Cranes Coach in one and a half years has won a continental trophy (Africa Pet Series), finished second in the Africa Championship in Namibia, lifted the team to fifth in the Commonwealth Games, and is currently fifth in the world. But all that said, he is not paid anything. The last time we traveled to Namibia he was given 500,000 Ugshs for the two weeks he spent there. Meaning he was being paid less than 50,000 Ugshs a day.” She said.

According to research by Ghanian Sports Journalist Nuhu Adams, Uganda’s football Coach Milutin ‘Micho’ Sredojevic earns USD 24,000 per month in addition to other privileges and is ranked 12th among the National Team Coaches Top earners’ list as of September 2021.

“These girls have not received a single penny for the previous tours, they have unpaid allowances, but they play with all their hearts out as though they are receiving millions of monies. During the just concluded FAST5 Series we couldn’t even afford to get them energy drinks and the bare minimum of food after playing the world’s number one Australia with a lot of energy, and they had to play South Africa next and that’s how we missed out on the medal bracket.”

At the team’s flag-off for New Zealand a week ago on Sunday, October 30th at the Federation office in Old Kampala, the Minister of State for Sports Peter Ogwang said the team traveled with all their arrears cleared and in his words emphasized that the girls don’t demand a coin, which makes Babirye’s speech a shocking revelation.

“I did not try to bad mouth anybody and I didn’t say this money should be withdrawn from any Federation to ours, but we should also be considered because we are children as well who belong to this family.” She concluded.

Representing the Minister of State for Sports at the event on Tuesday was Commissioner for physical planning and sports Reverend Canon Duncan Mugumya who did the usual “panel beating” of promising government support, to console the girls in a motivational speaker’s manner before they had a dinner organized by the board of trustees.

She Cranes Coach Fred Mugerwa told the SportNation about the team’s campaign in New Zealand, and a way forward as the team prepares for the World Cup.

“We had a good but long journey and since we traveled three days earlier we blended in with the place and the girls played their hearts out. Our target was to beat two teams and we achieved more than that though we were disappointed not to reach the medal bracket.”

“I believe the result would have been much better with a bigger funding because the girls played wholeheartedly and they deserve some appreciation.”

Uganda now shifts focus to the Netball World Cup that will be happening next year (July 28 to August 6) in Cape Town, South Africa.

“Our participation in the World Cup next year will depend on the funding from the federation. If at all they have the money then we will have to start preparation as early as possible. The girls are still young and they will need trial matches to prepare adequately.”