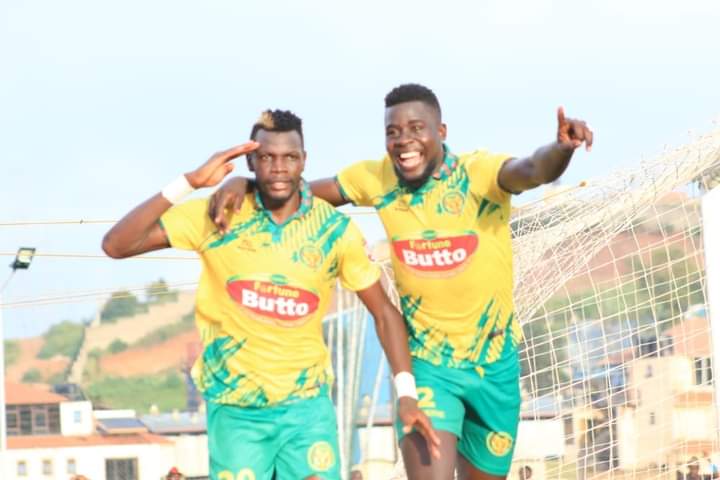 BUL FC have three nominees on the shortlist for the Pilsner UPL monthly awards.

The monthly awards that seek to recognise excellence in Uganda Premier League, will be held this Wednesday at Kati Kati in Kampala.

BUL FC, seated on top of the league table with 14 points, have entries in both Player and Coach of the month categories.

BUL FC duo of Richard Wandyaka and Karim Ndugwa are nominated alongside Maroons striker Fred Amaku for best player of the month of October.

Wandyaka scored four goals and made three assists in the concluded month; his goals came against Blacks Power (2), UPDF and a late winner against SC Villa.

Ndugwa has three goals in October, his fourth (Vs Onduparaka) was scored in November. His three were against Blacks Power (2) and UPDF.

Amaku on the other hand, has three goals – a brace against Busoga United and a winner over KCCA, all coming at Luzira.

BUL tactician Alex Isabirye has also been shortlisted for coach of the season.

And he will be the favourite in a category that has Jackson Magera (SC Villa) and Mohammed Senfuma (Maroons).

Magera on the other hand, saw Villa win three (Gaddafi, Express and Busoga United) of the five games, drew goalless with Onduparaka and lost to BUL to finish with 10 of possible 15.

Livingston Mbabazi of Arua Hill can be cited out as an omission on the coaches list, with his side winning two of three games in October, collecting 7 of 9 available points in the period.