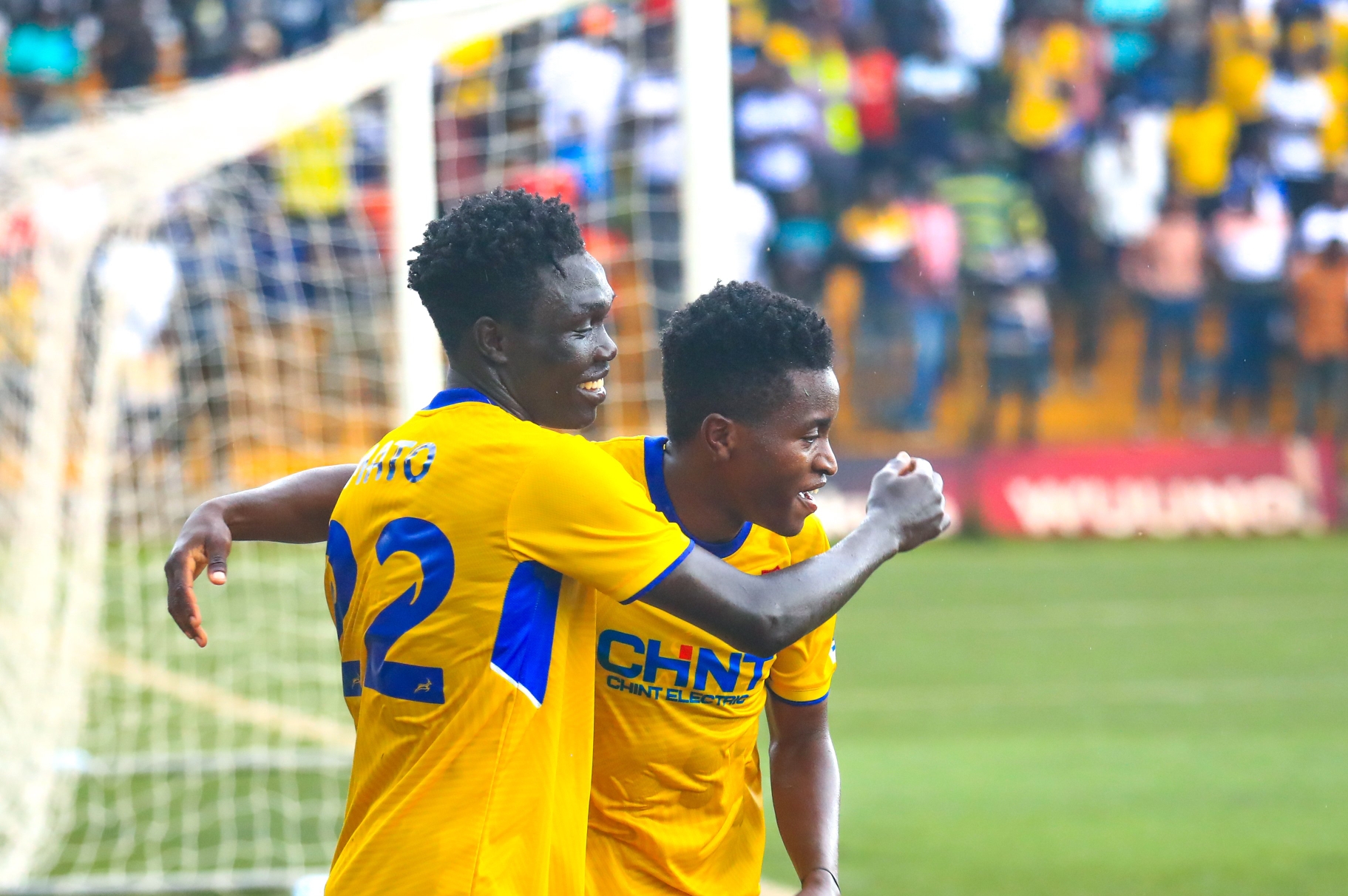 KCCA FC managed to bounce back with a deserved 4-1 thumping of Blacks Power in a league game played at Lugogo.

Branson Nsubuga brought one back for the Visitors who remain without a win in top flight.

Mato scored the opener before Okello scored a brace for the 13-time champions to return to winning ways from that 1-0 stunning loss at Luzira.

After an odorless first half, Mato got the opener two minutes after restart after a beautiful one-two with Okello to poke past an onrushing goalkeeper Tonny Kyamera.

The duo combined once again for the second, for Okello to fire in off the post.

The third goal was a penalty when Mato was brought down in the box by Ahmed Amayo, and Okello converted his second on the day.

But KCCA couldn’t finish the day with a clean-sheet after Bronson Nsubuga headed in from Michael Siwu beautiful cross.

Mato got his second on the day with a powerful effort that eluded Kyamera.

It could have been worse for Blacks Power but KCCA FC had Simon Kankonde’s goal wrongly ruled out for offside by referee Mashood Ssali.

Blacks Power had looked solid in the first half and could have taken a lead but Benjamin Ochan denied Siwu.

But failed to match KCCA FC’s tempo in the second half as Morley’s side improved as the game progressed.

It’s now three wins out of three games at home for KCCA this season, but it’s their away form that will continue to bother Morley as his side lost both visits to Arua Hill and Maroons.

Blacks Power remain with two points from six games, and have conceded 14 goals!

What Next – KCCA visit UPDF on November 9 at Bombo Barracks while Blacks Power welcome Vipers on November 11.