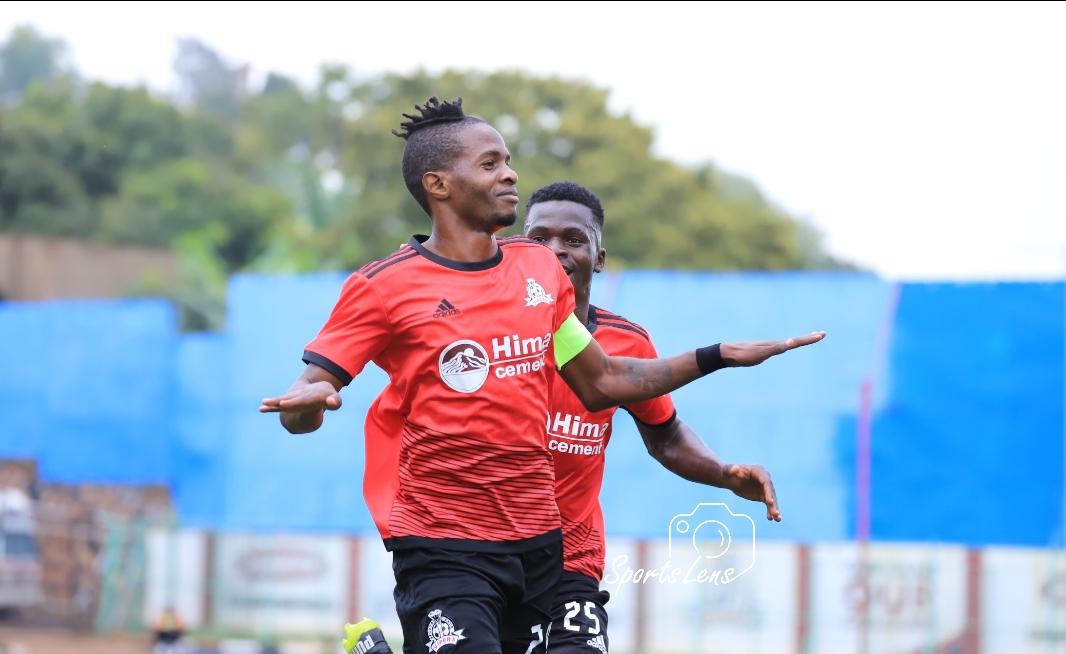 Vipers SC managed to pick their first win of the season with a deserved 3-0 victory over Maroons in a league game played at St Mary’s Stadium in Kitende.

Milton Karisa scored in the first half to set the tone before a quick-fire double by Yunus Sentamu just after the hour-mark put the Venoms out of Maroons’ sight.

It’s now four points for Roberto Oliveira’s charges who drew their opener with Bright Stars before a 1-0 defeat at KCCA.

Coming into the game off the back of a stunning victory over KCCA, Patrick Senfuma’s Maroons failed to live as advertised in a game they were they second best.

Coach Robertinho made four changes from the team that lost 1-0 away to KCCA, with Marvin Joseph Youngman, Livingstone Mulondo (injured) and the Congolese duo of Darcy Mbaka and Olivier Osomba losing their place in the starting team.

With about a two-week period since that loss at Lugogo, Vipers looked fresh and settled into the game after a shaky start.

And when Karisa sent in the opener in the 19th minute, off a rebound after Bright Anukani’s freekick was kept out, Vipers took control of proceedings.

The second was a thing of beauty; Sentamu scored a cheeky finish between his legs off a Frank Zaga free kick in the 62nd minute.

And two minutes later, goalkeeper Simon Tamale was picking the ball from his net when Karisa found Yunus with a neat pass to slot in the third.

The performance may not have been utterly convincing, but it’s one that coach Robertinho will hope to build on going forward.

And in a post match interview, Robertinho said that his title defense has started today.

The Brazilian also lauded his midfielder Karim Watambala for a good show on the door.

Heading to Kitende, only Arua Hill had managed to score against Maroons in their previous five games.

And a stunning 1-0 win over KCCA was their biggest highlight, followed by a 5-0 massacre against Busoga United.

But against Vipers, they failed to convert their chances early in the game and were later overrun in the midfield after Vipers went ahead.

Fred Amaku had early chance but fired over when Vipers goalkeeper Alfred Mudekereza spilled a tame shot from Abraham Tusubira.

He later sent another one over after he was picked by Noel Nasasira at the edge of the box.

The goalkeeper twice denied Isaac Mpagi and Sula Mpanga from a well struck free kick while Vipers defender Murushid Juuko had a goal-bound effort cleared on the line late in the game.

What Next – Vipers visit Wakiso Giants on November 8 while Maroons welcome Blacks Power in Luzira on November 15.