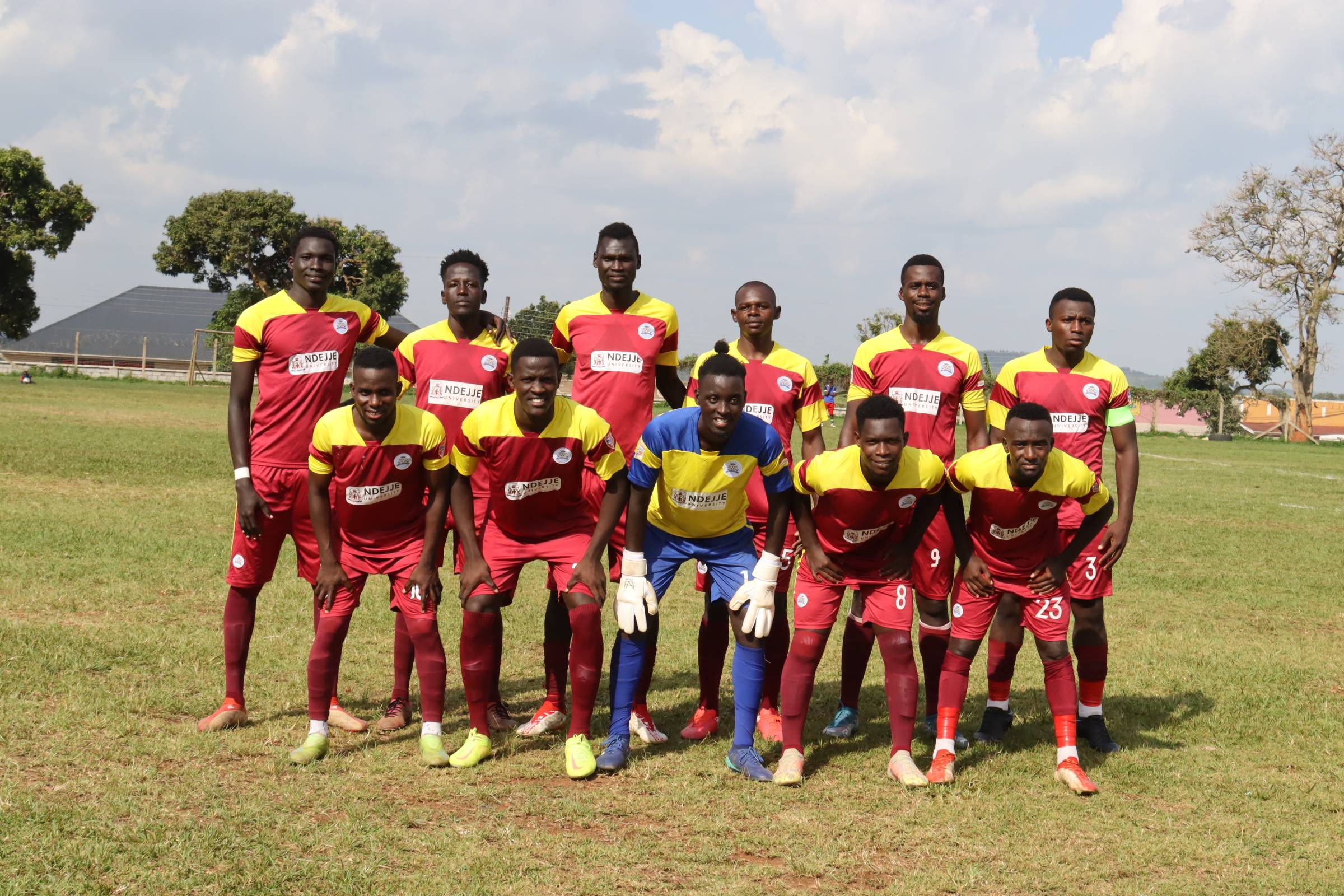 Ndejje University came from down to beat Kataka 4-3 in an entertaining thriller in the FUFA Big League game played at FUFA Technical Centre Njeru.

Obedi Brian, Otim Denis, Asiimwe Elia and Nsubuga Samuel were on target for the visitors of Ndejje University.

Ndyamuhaki Norman for Ndejje University and Ocire Lazarus for Kataka were both sent off in the first half.

It’s the first win of the season for Ndejje University and eases pressure from Head Coach Raymond Komakech.

The game started off the mark with two quick fire goals in the opening eight minutes.

Odongo gave the hosts the lead in the 5th minute when he controlled a well taken delivery from Latif Ssenkubuge with his chest before releasing a bullet from the box.

However, the hosts lead lasted just three minutes when Obedi restored parity in the 8th minute from a long range rocket free-kick.

Zaake restored the hosts lead in the 17th minute with a header from close range off Okur Swamad Corner.

Obedi turned provider with a well taken freekick that was met by Otim with a powerful free header past Kasibante in the hour mark to level matters, 2-2.

Ndejje University were reduced to 10 men in the 35th minute after Ndyamuhaki was shown straight Red card for a kick on Odongo.

And Ocire Lazarus also received a straight red card for a high boot challenge on Goalscorer Denis Otim in the 41st minute.

In the second stanza, the Visitors took the lead for the first time in the game through Asiimwe in the 67th minute after being set up by Samuel Nsubuga following a nice.

But Kataka fought back again to find the equaliser when Ssenkubuge headed home from Nyamaisi Stephen long throw in the 78th minute.

A minute later, Ndejje University restored their lead in the 79th minute through Nsubuga who beat both Defender Otim Daniel and Goalkeeper Kasibante to slide the ball into an empty net.

They will all return to action on Thursday 10th as Kataka travel away to Mbarara City at Kakyeka stadium while Ndejje University will host Calvary at Bombo Barracks Ground.