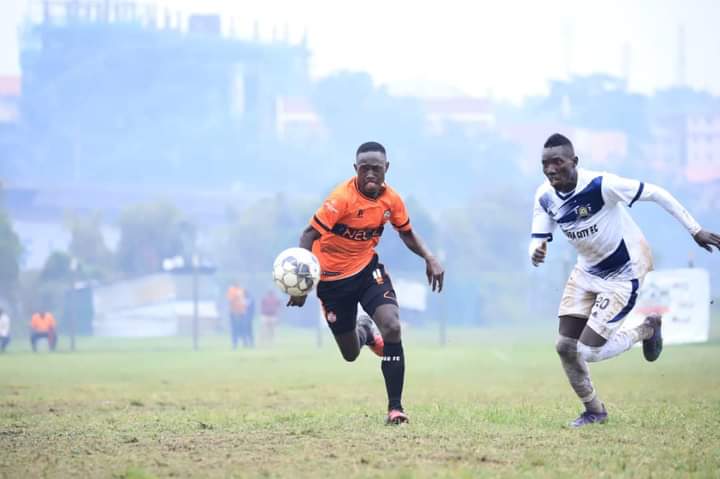 NEC FC and Mbarara City played out a goalless draw in the FUFA Big league match played at Coffee grounds in Bugolobi.

Both sides created goal-scoring opportunities but none failed to find the breakthrough.

And both sides remain unbeaten in the four games they have played.

Mbarara City had the first chance on goal but striker Henry Kitegenyi missed a great opportunity to put the visitors in a lead when he fired his shot wide from close range.

NEC Captain Kavuma Marvin set up Angelo Kiiza in the 25th minute for a simple tap in front of the goal but failed to direct his shot on target, with his effort flying above the crossbar.

Derrick Ssekiranda also missed from close when he headed wide for the game to go into the break still goalless.

Mbarara City came back stronger in the second stanza and created more chances at goal, with Kitegenyi’s powerful free-kick also going off the target.

A goalless draw has seen NEC FC drop their first points in the league but have managed to maintain their top-of-the-table lead extending it to a two points lead above Mbarara City who moves second after the early kickoff.

What Next – NEC FC will travel away from home to face Kitara FC in their next game whereas Mbarara City will host Kataka at Kakyeeka stadium.