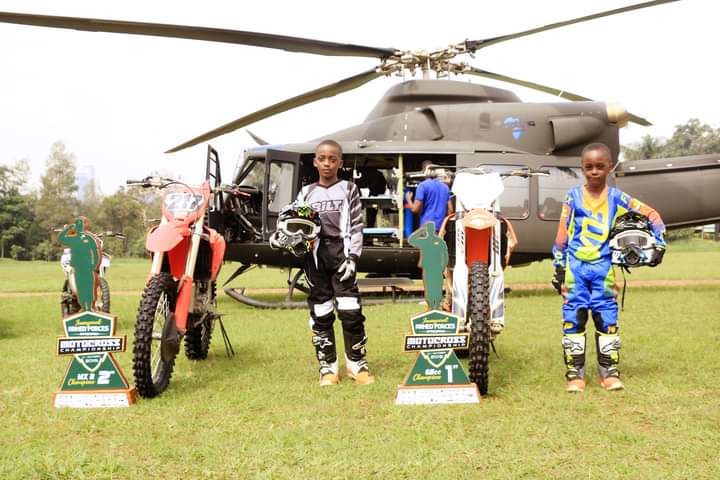 All roads will lead to Busiika in Luweero on November 27 2022 for the Armed Forces Appreciation Motocross Championship.

The event, launched on Wednesday at Kololo in Kampala, returns two years after its debut season in 2019 due to the Covid19 hiatus.

Organized by Barrack Orland, the event seeks to appreciate the role of Uganda’s many women in Uniform (the Armed Forces).

Over 100 participants are expected to compete including racers from South Africa, Kenya, Germany, USA, France, and Netherlands among others.

“I am happy to be the chief organizer, we did a successive event in 2019 and we promise to do a much better event this time,” vowed Orland.

“We are planning a much bigger event and thanks to our good sponsors. I thank the men and women in uniform who put their lives on the line for us to live happily.

“Fans should come in large numbers to grace this event and salute the armed force for the commendable job.”

Representing UPDF Chief of Defence Forces (CDF) General Wilson Mbadi, Major General Leopold Eric Kyanda, the Joint Chief of Staff of the UPDF, said that it’s a great honor on the part of the armed forces to attract the attention and recognition for their contribution to the development of this country.

“We applaud the invitation to participate in the activities of the arm of the association and the greater federation of Motorsports in Uganda.

“Indeed this honor is a reminder of our historical and cherished strategic civil relations which on the part of UPDF is not a mean achievement and in a similar vein continue to be emulated by other sister security forces such as Police, Prisons, and Uganda Wildlife authorities among others,” he stated.

“As the Armed Force, we expect to strengthen and consolidate our relationship with the Sports fraternity and look forward to future engagements not only with Bar Aviation but also with other Sports fraternities.

“This event will mark the milestone achievement the country has attained so far since the turbulent years after our independence which is about 60 years back.

“I do not think it has happened in Uganda before to have the people voluntarily appreciate the armed forces. This is something very important and I must say that it’s because of the good leadership we have in the Country today.”

He added that Sports go hand in hand with social-economic development and hence need to recognise the fact that Sports promotes Tourism development in the country, with the participation of other foreign countries being a great multiplier to the Tourism industry.