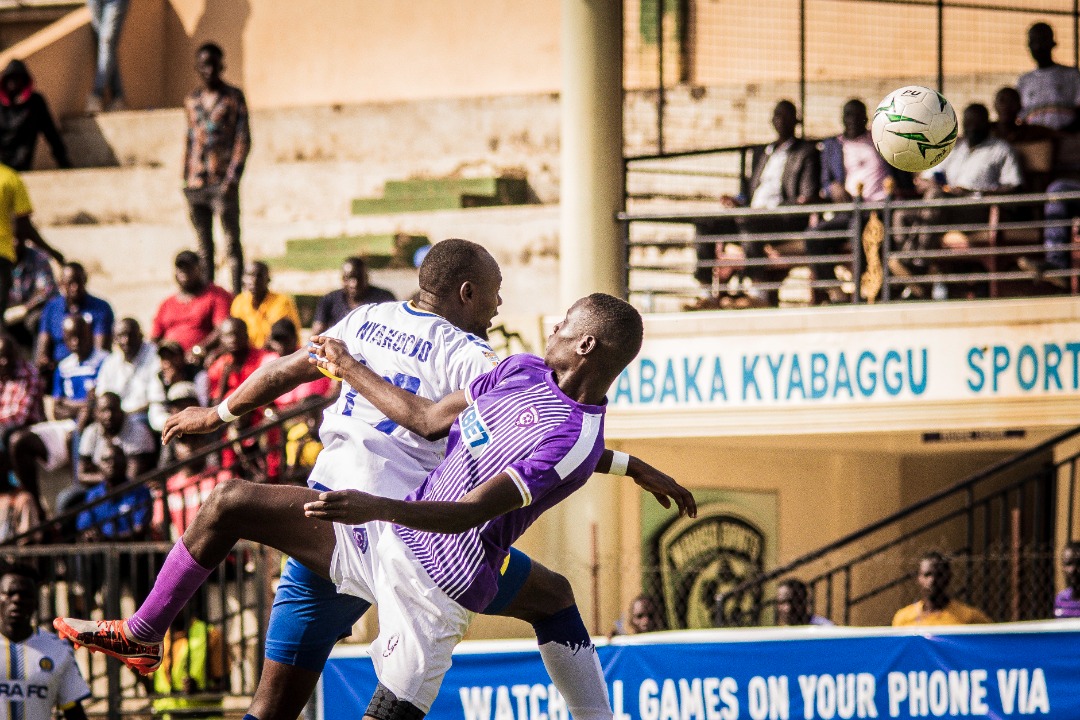 Wakiso Giants extended their winning streak with a deserved 2-1 win against URA in a league game played at Kabaka Kyabaggu Stadium in Wakissha.

James Begisa had levelled matters for the Tax Collectors to cancel out Norman Ojik’s first half opener for the hosts.

But the Purple Sharks got what proved to be the winner through Moses Aliro.

And the result is the latest low for Sam Timbe who was previously confronted by the club fans after his side threw away a 2-goal lead in a draw against Bright Stars.

The win is a revenge best served for Wakiso Giants who lost to URA 5-0 in February this year at this venue.

It’s a third straight win for Wakiso Giants who also beat Blacks Power (H) and UPDF (A) after picking just a point in the opening two games.

It was an end to end affair but without success until Ojik, who replaced Frank Ssebuufu, got an opening.

The goal could have been avoidable but Benjamin Nyakoojo was caught in possession, and Ibrahim Kasule teed up Ojik wo poked under an on-rushing Alionzi Nafian just before an halftime.

But URA’s relief was short-lived after Wakiso got the second from a patient build up, with Ojik picking Aliro who nicked over Alionzi.

URA will feel hard done by the officiating, with video replays showing Aliro in an offside position before he got the better of the goalkeeper.

What Next: Wakiso Giants visit SC Villa at Wankulukuku on November 11 while URA will welcome Arua Hill in Nakisunga the following day.