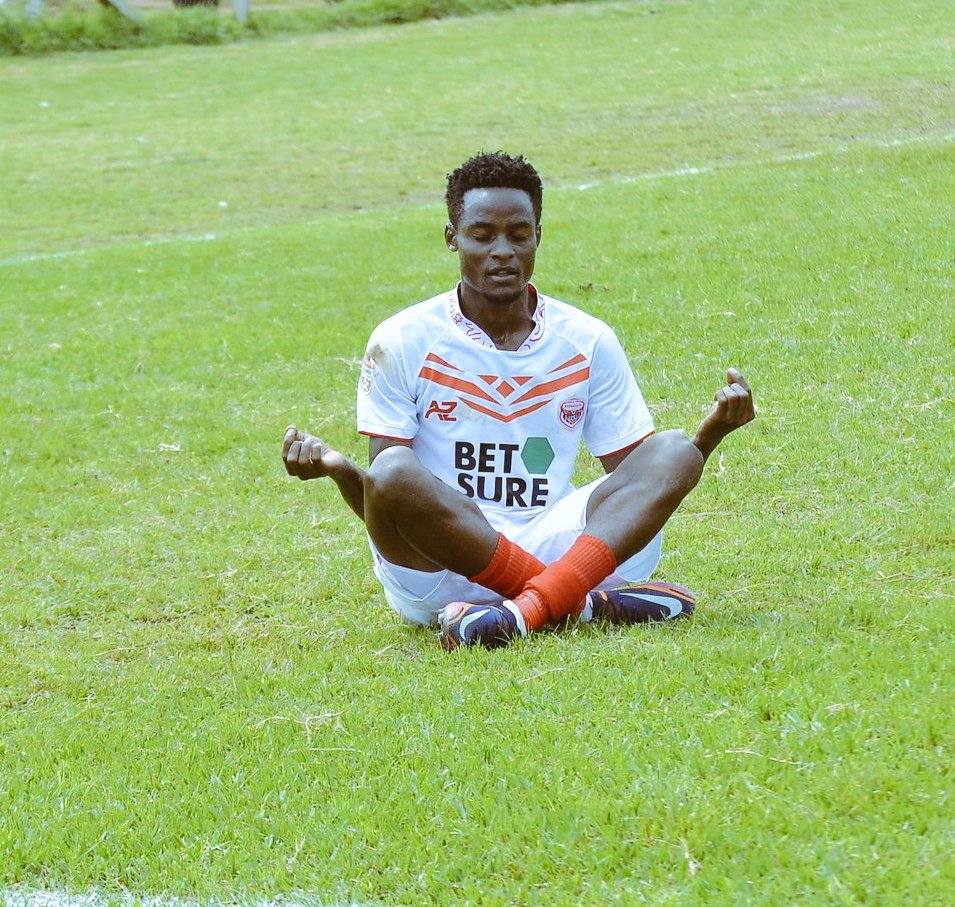 Striker Marvin Oshaba wants to score more goals after getting his first for Express FC in the league.

The former Tooro United forward joined Express from Police at the start of the ongoing season.

He got his first goal against Onduparaka as the Red Eagles won 2-1 at Bombo on his first start.

Oshaba benefitted from the injury of first choice forward Anwar Ntege which sidelined him for the game in Bombo.

“I am happy to have scored my first goal at Express and I hope I will add on more when given the opportunity,” Oshaba opened up.

“The game was difficult but we had to put the mentality so that we can come as winners and I think we are just going to enjoy the win over the and see how we can plan for the next game.”

Oshaba was named man of the match while Daniel Shabena scored the other goal for Express.

But James Odoch’s side could not keep a clean-sheet after Emmanuel Okech scored the only goal for Onduparaka.

Express will return to action on Tuesday, November 8th when they host BUL at Wankulukuku Stadium.