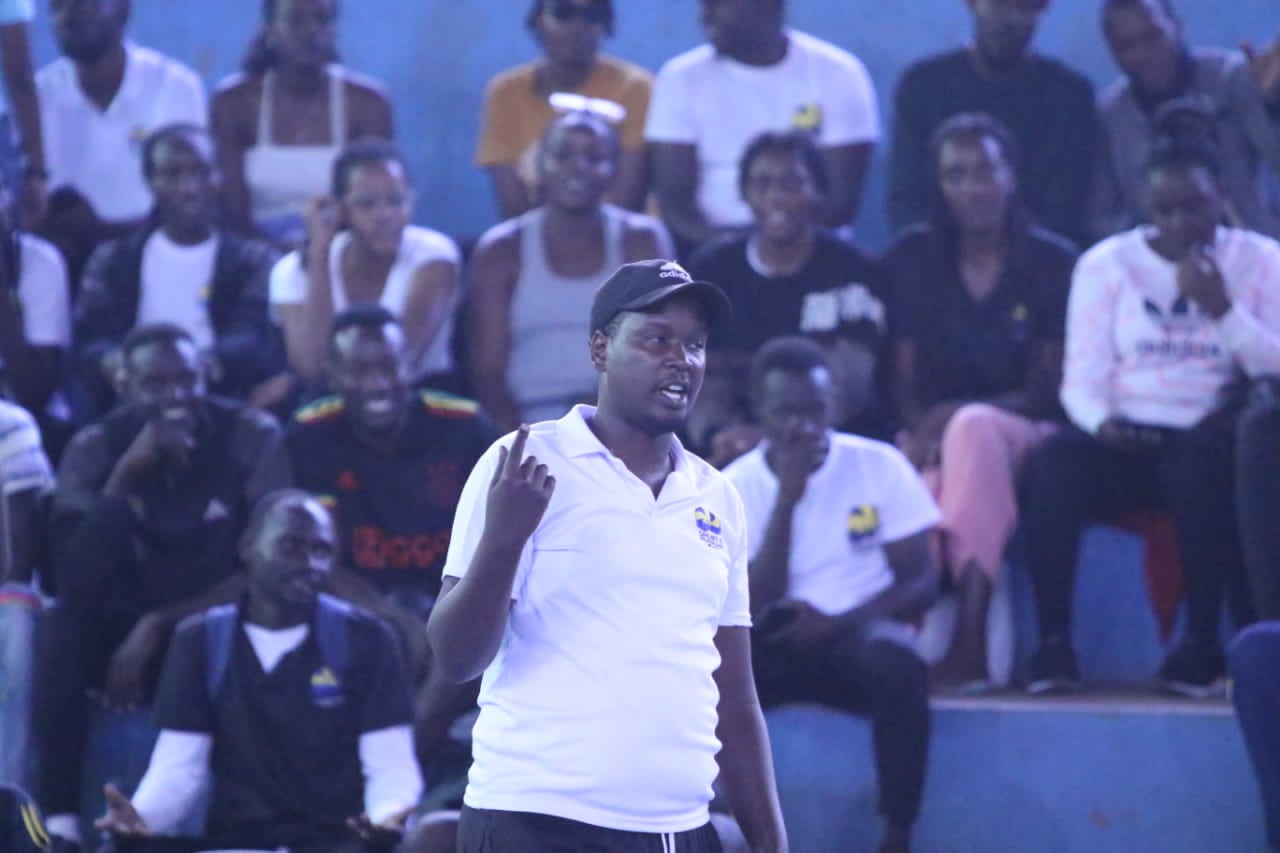 He has previously coached at REG volleyball club in Rwanda where he won the Rwanda League title in 2018 before he returned to Uganda, to the only club he ever played for, Sport-S.

Familiar with both life in the city and upcountry, Mugisha is a lone child born in 1987 to medics, Margaret and Paul Nzabandora at Mulago hospital in Kampala, and grew up in Kamwokya – a city suburb – before his father was transferred to Kisoro in 1999.

“I went to kisoro when my father was transferred in 1999, but I kept studying in Kampala and I would go to kisoro only during the long holidays. So I can say I am a city-born,” Mugisha started.

Just like many lovers of the sport get introduced to it in primary school (boarding school to be specific), Mugisha started playing volleyball as a ‘pass time’ while in Namilyango Junior – boys, at the age of 12, with football being his first love.

He would later ditch the most popular sport in the world (football) to start a Volleyball career after joining St Joseph Nagalama and realizing footballers hardly focused on the main reason they were in school.

One of the fond memories Mugisha lives with is winning the 2002 post primaries in Soroti, with his school (St Joseph’s Nagalama), which is the highest level of Secondary School volleyball in Uganda.

A big achievement it was for a young lad in senior two, but the voyage had just rolled out for Mugisha as he later joined Sport-S in 2006 through a friend who only had invited him to pass by Nsambya for a training session.

The-Sports Nation has since learnt that ‘the friend’ was Fredrick Lutaaya, who was playing for Sport-S, by then.

Training with the club was not a guarantee that Mugisha was part of the team, as he had to wait for two straight years on the bench, to finally secure a debut in 2008.

His first game was against Kampala Amateurs Volleyball Club, which was (and is still) a fierce opponent in the league, but having picked confidence playing alongside big names on his team, he barely had a rough start.

“My first game for Sport-S was against KAVC. Warren the first setter then had got injured and was in hospital, then I had to start the next weekend. Coach Dan Kazibwe (now assistant coach of obb) told me to be ready for a full week since there was no way Warren would get fine because he had a cemented leg.” Mugisha continued to narrate.

Muhangi Warren, Luke Eittit, Emma Kato, Solomon Malinga, Isaac Omedo, Lutaya Fredrick, Yakan Lawrence, and Muwanika Paul among others were some of the players then at Sport-S, with whom Mugisha played.

Sport-S would later win 3-0 against KAVC, to give Mugisha a perfect pro-start at the Nsambya outfit, which culminated in sweeping all trophies on the land between 2008 and 2010.

2010 gradually birthed Mugisha’s coaching career as he started with the Sport-S ladies’ team on its revamp from dormancy.

Mugisha would later lead the ladies’ team to their first victory in 2016, winning the Genocide Memorial Tournament, which he clusters under his best moments as Coach, in addition to winning the League title with REG Volleyball Club in Rwanda.

In 2014, Sport-S made it to the league finals but lost 2-3 to Nemostars and since then, this has been one of the worst moments for Mugy at the helm of a club he has passionately served.

One important quality that Mugisha has is a high level of integrity and commitment to the sport, and he will work hard to make sure every player achieves success in whatever they do no matter the team they play for.

Off the court, Mugisha lives an interesting life as a Director at Danita Tours and Travel, a company that also partly does events organization and management.

He is a staunch Liverpool fan (English Premier League) who enjoys spending most of his free time with family and hanging out at local basketball courts as a sports fanatic.

“They say no matter how hard you work, there is always someone, somewhere working harder than you. Guess what… I am that someone.” Kevin Maurice Garnett. With this cataloged among his best quotes, Mugisha hopes to drive Sport-S into being the best Volleyball Club in East Africa, and if the current standings are anything to go by, the tactician is on the right course.

Sport-S currently lead the Uganda Serie A in the 2022/23 season with 15 points and are yet to lose a single set after five games since its start in September.

They have beaten both of last season’s finalists in straight sets, which is a beacon of a fruitful season.

During his prime as a setter, Mugy never capped for the National Team, and when he was asked if it is something he regrets, this is what he had to say; “I have never thought about the national team, but if it comes well and good, am ready to deliver in any capacity.”