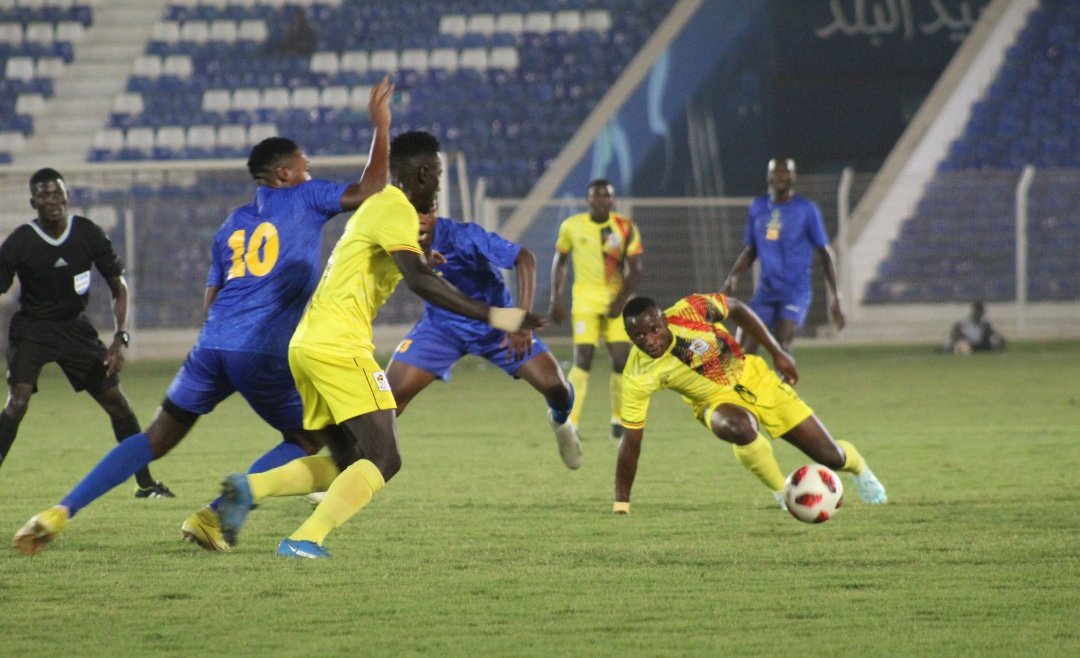 Uganda Hippos got their AFCON U20 Qualification campaign off to a good note after a deserved 2-0 win over neighbors Tanzania.

First half goals from Titus Ssematimba and Rogers Mugisha handed the Hippos an advantage at All Hilal Stadium in Khartoum, Sudan.

Ssematimba, a midfielder at Wakiso Giants, bundled in a rebound past the Goalkeeper after his initial header was blocked by a defender in the 31st minute.

And four minutes later, Mugisha doubled the lead with a sweeping finish after a good low cross from the right by Ibrahim Kasinde.

The victory puts the Uganda Hippos all but through to the semis, with a game to spare, out of the three-team Group B.

They face Ethiopia next week on November 5 in their remaining Group B game.

Group A has Djibouti, Burundi, South Sudan and Sudan. The top two teams in each group qualifies to the semis where the finalists will book slots to the AFCON U20 final tournament next year in Egypt.

It’s a good start for Jackson Mayanja who was brought in on short notice as head coach, replacing Morley Byekwaso who is having a busy schedule at his club KCCA.

It’s strong to note that Uganda beat Tanzania 4-1 to win this Cecafa tournament (AFCON U20 Qualifiers) in 2020, and qualify for the Final tournament in Mauritania last year.