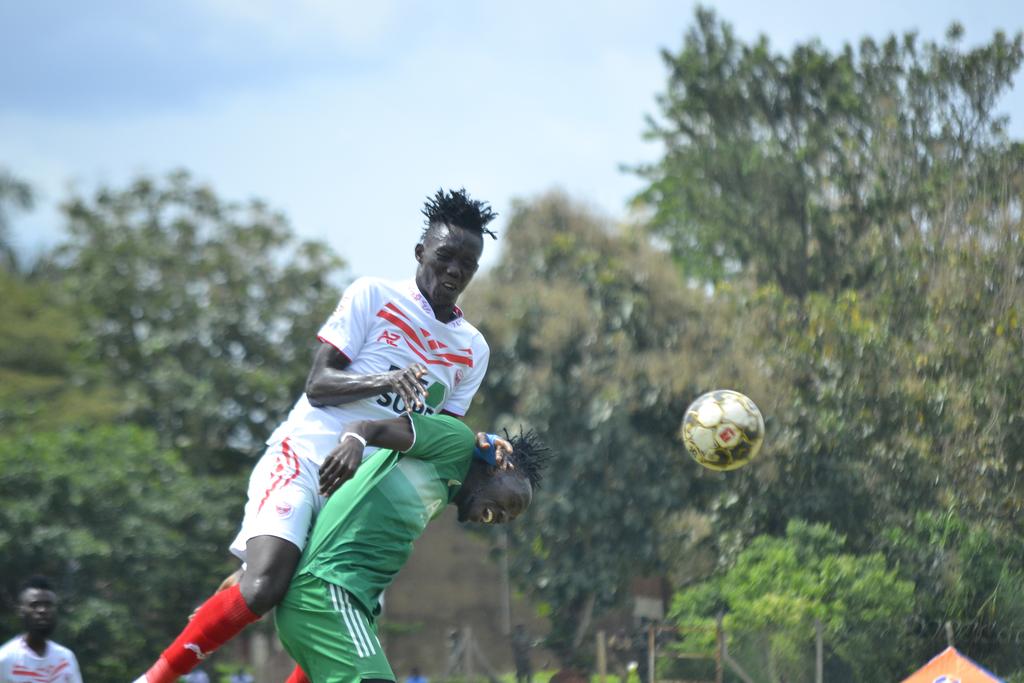 Express came out on top against Onduparaka in a Uganda Premier League game played at Bombo Barracks Ground without fans.

Emmanuel Okech scored the consolation for the hosts from the spot for the last kick of the game.

Express return to winning ways after going two matches without a victory.

For Onduparaka, it’s a poor start to the season that sees them winless, the only positive is they have finally found the back of the net.

Express started brightly in opening minutes with Joseph Akandwanaho and Ivan Mayanja forcing a double save from Goalkeeper Mathias Muwanga.

And Nathan Oloro wasted a glorious chance with a poor control after a nice run from Jarieko James beat a number of bodies.

Oshaba broke the deadlock for the visitors in the 35th minute when he raced to a low ball from Muhammad Ssenoga to score in an empty with the keeper already beaten.

Shabene finally killed off the game in the 90th minute rounding off the Defender with a cool finish with his weaker foot in the near post.

Okech converted from the spot in the 94th minute for the last kick of the game after substitute Aluma Musa was brought down by Defender Denis Otim.

Onduparaka are 14th with 0ne point in 4 games while Express are 2nd with 8 points after 5 games.

Onduparaka will return to action on Wednesday 2nd November away to BUL at FUFA Technical Centre Njeru while Express will host BUL on Tuesday 8th at Wankulukuku Stadium.