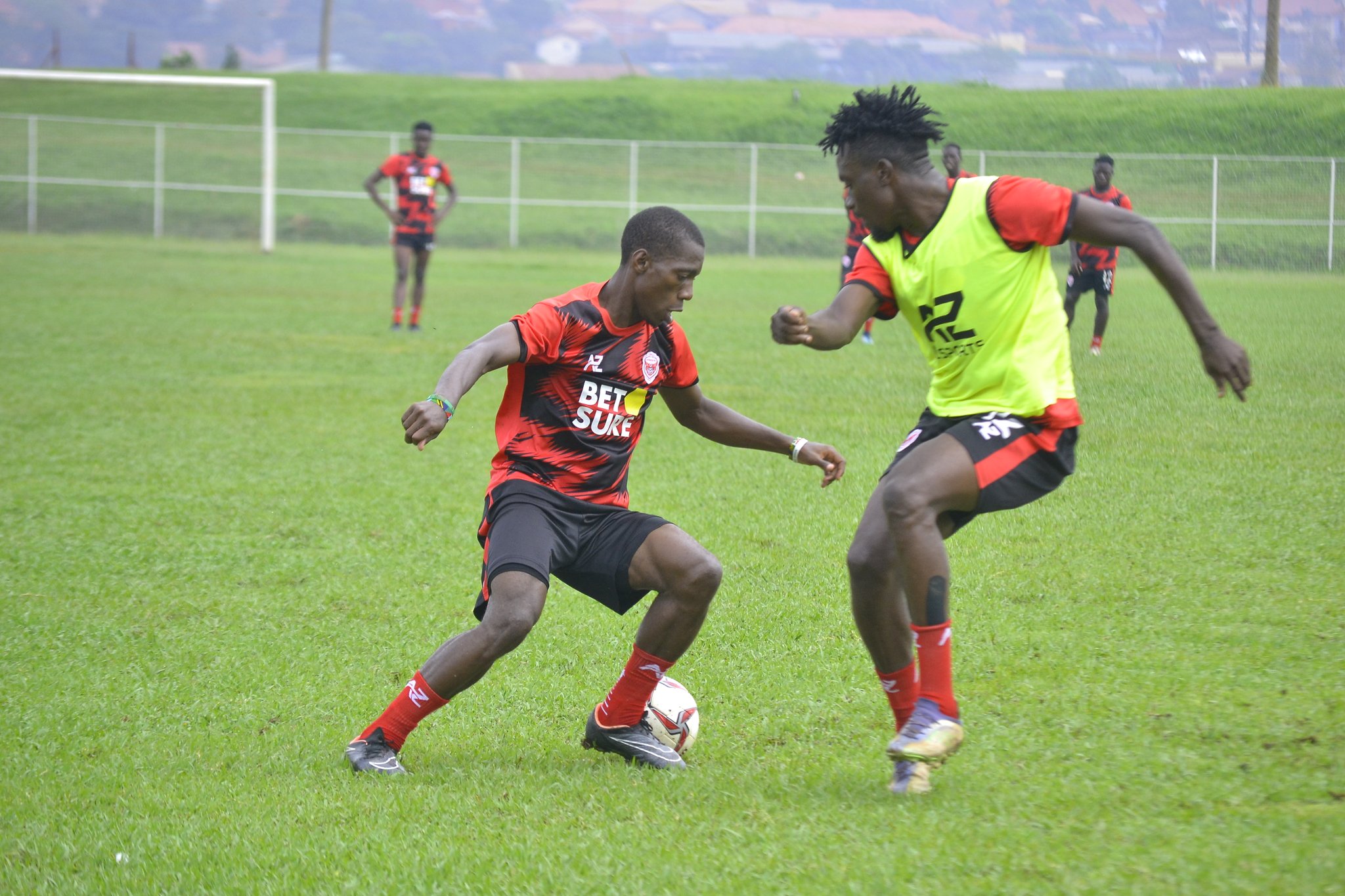 Onduparaka will seek to collect their first Maximum points of the season when they host Express at Bombo Barracks Ground in the early kickoff of the Uganda Premier League game.

This match will be played behind closed doors as the Caterpillars continues their FUFA ban.

The Caterpillars have kept cleansheets in all the three games, which have all ended goalless – against URA, SC Villa and Gaddafi.

But a worry for the Arua based side is their failure to score in the opening three matches despite being unbeaten.

Coming into this game, Onduparaka played out a goalless draw away to Gadaffi at Kakindu Ground.

Speaking to the club media in the pre match interview, Onduparaka Assistant Coach Juma Ssekiziyivu said that they will break their goalless jinx.

“The team is in good shape, we went back to the drawing board to see that we get the ball in the back of the net,” SsekiIyivu told the club media.

“The homework has been about scoring and sharpening our strikers and everybody is ready to play.

“We are missing our fans and we shall play the game for them though we have taken long without winning and scoring but by God’s grace I think the goals are going to come and I think the result will be positive.”

Onduparaka Assistant Captain Rashid Yakini says they are fighting so hard to see that they collect their first Maximum points of the season.

“Keeping three cleansheets is all about hardwork, commitment because per now we are to committed, we understand each other,” said Yakini.

The Defender was named the Man of the match in their last game against Gadaffi FC.

“I am so happy, my special thanks goes to the Technical team and the players for enabling me win the accolade.

“We are fighting so hard to see that we win our first game after drawing all our opening games.”

For Express, they will hope to return to winning ways after failing to win any of their last two games.

They have collected five points in four games – A loss against SC Villa, a win over URA and two draws against Gaddafi and UPDF.

James Odoch’s side has had a mixed start to the season and will hope for consistency starting with the visit to Bombo.

They come into this game at the back of a one all draw with Gadaffi FC at Wankulukuku Stadium.

Allan Kayiwa put the hosts in the lead before Kalumba Brian levelled matters in the second half for the visitors.

“Onduparaka is a good team considering their record against Express, they are very stubborn when they face us,” Odoch admitted.

“We have prepared well to see that we win the game because we want to bounce back from our two games winless run”.

Express Striker Marvin Oshaba anticipate to take his chances and being more clinical infront of the goal inorder to win the game.

“The past few days we have been rectifying our mistakes and I think we are set and ready,” Oshaba stated.

“As a forward, I am looking forward to scoring more goals for the club and take the chances to see that we pick maximum points.”

In the reverse fixture last season, Shaban Muhammad’s brace inspired visitors Onduparaka to a 2-0 victory over Express at Wankulukuku Ground.

Onduparaka are 14th on the log with 1 point after three matches having won drawn all of them.

They were deducted two points after being penalised by FUFA.