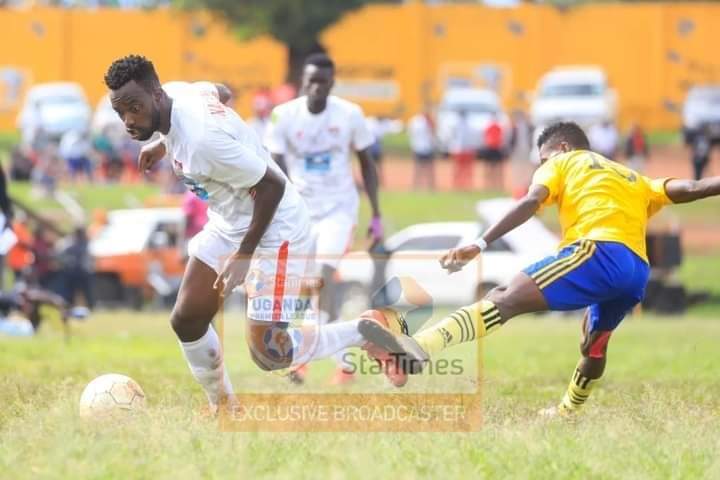 Kyetume FC will start their unlikely Big League journey away to Calvary FC on match-day three.

The Slaughters earned Uganda Premier League promotion last season when they finished third in Big League after stunning Kataka on last day of the season.

But they never earned top flight license after failing to register players before the set deadline, and as a punishment, they were relegated two divisions down in Regional League.

However, they were handed a second bite on the cherry when FUFA gave them a lifeline to play in Big League, reducing on the punishment while Toor United were pushed to Regional League.

And coach David Mutobo remains positive ahead of their Big League opener: “We arrived safely in Yumbe, I cannot say that everything is 100% well but I know that we are a committed side and my players are ready to play and execute.”

“As a coach, my role is to prepare these boys to play, whatever happened, that is in the past and our focus is to get going again and show everyone that we can earn UPL promotion.”

The Club management recently appointed Ahmed Kongola to replace Martin Namugera as the new CEO in some of the changes.

Mutono added: “I know that the management has done some improvements and are still rectifying on some wrongs that failed us last time, and if we are working together, we can resurrect.

“It was not a good thing for everyone at the club to be demoted after promotion on sporting merit, but we are not going to cry for split milk. We are soldiers, and this is another war. God willing, we shall be back in top flight.”

Against Calvary, they face a side that is yet to hit the ground running having collecting nothing in two games.

Calvary lost their opener to now leaders Calvary 2-1 at home before they were beaten 3-1 away to Kataka in Mbale.