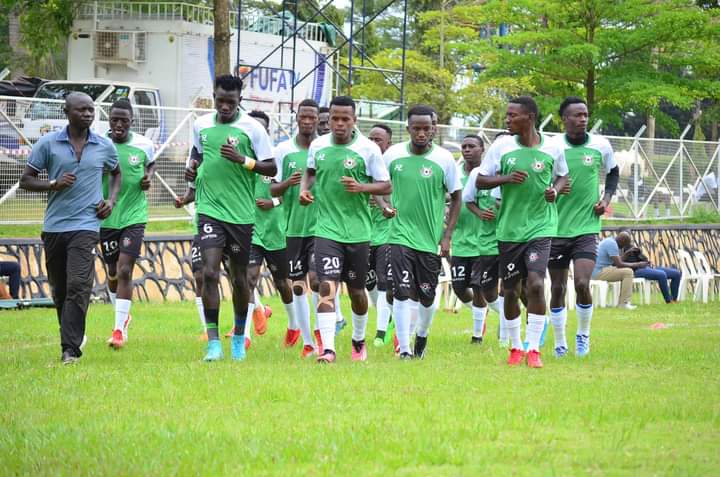 UPDF will hope to end their winless record over Wakiso Giants as they welcome the side at Bombo Barracks Military Ground.

The two have met four times but UPDF have only picked a point which was during their first ever league meeting, and have since gone on to lose the the subsequent three.

The Army side will bank on home advantage this time to see that the barren run is ended.

While playing at home, UPDF have picked four points in the two matches they have hosted, a 1-1 draw with Express and a 3-2 victory over Busoga United.

Coming into this game, the Bombo-based side settled for a 1-1 draw with Bright Stars courtesy of Abasi Kyeyune late equaliser to cancel out Emmanuel Loki first half lead.

For the Visitors, they will rely on their record against their counterparts and will hope to stretch the run.

Last season, the purple sharks defeated the Army side 1-0 both home and away.

John Luyinda side come highly motivated having picked their first win of the season in a 2-1 Home victory over Blacks Power thanks to Norman Ogik and Titus Ssematimba strikes in each half.

Speaking to the club media ahead of the game, Wakiso Giants Winger Moses Aliro says the morale us very high having registered their first win last week and are ready to face UPDF.

“Of course at the moment what I can say is that everyone is ready we have been working so hard,” Aliro opened to the club media.

“The other most important thing we got that winning touch against Blacks Power so as am talking right now we are ready for UPDF.