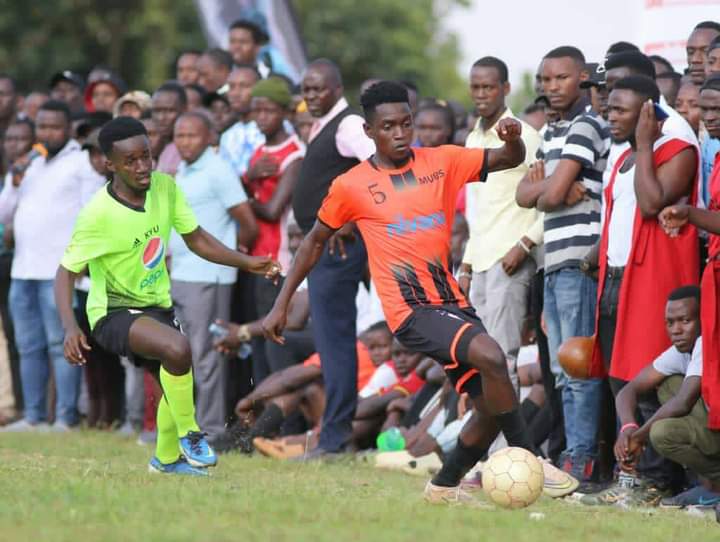 Makerere University Business school will be targeting a first leg advantage when they face off with St. Lawrence University in the semi final first leg of the University Football league on Tuesday.

Mubs bounced back to this year’s university league competition after a successful Petition over Kyambogo university for using an ineligible player in their quarter-final second leg held on 11th October 2022.

They had lost 4-1 in penalities to Kyambogo, but the hero of the day goalkeeper Ahebwomugisha Andrew was later found to be ineligible.

Back in contention, Mubs, who are two time champions will be seeking to reach the finals ever since 2017.

Speaking ahead of the tie, Mubs midfielder Raymond Wataikire admitted they are ready to give their best this time round.

“We are ready for the game. To get back here it’s by God’s grace and this is a second chance. We shall do our best this time round, that loss against Kyambogo taught us a lot, we now know what it takes, he told the pressmen on Monday.

Meanwhile, the hosts St. Lawrence University will have the same ambitions of using their home advantage to get the job the done.

They have been impressive in this year’s competition and they eliminated Kampala University 4-1 on aggregate to reach this far, with Bruno Bunyaga netting a hattrick in their return leg at Kavule Mpigi.

“We as players, we are ready for the game. The coaches have given all that it takes to help us win. We are meeting for the first time and we shall do that it takes to take the day, he told the pressmen on Monday.

Coached by Ssozi Nnono, St. Lawrence, who finished as runners up in 2019 to UCU will be targeting a return to the finals ever since that year.

Their sharp striker Bruno Bunyaga, who already has 10 goals on his name will once again be tasked to lift up his side on Tuesday.