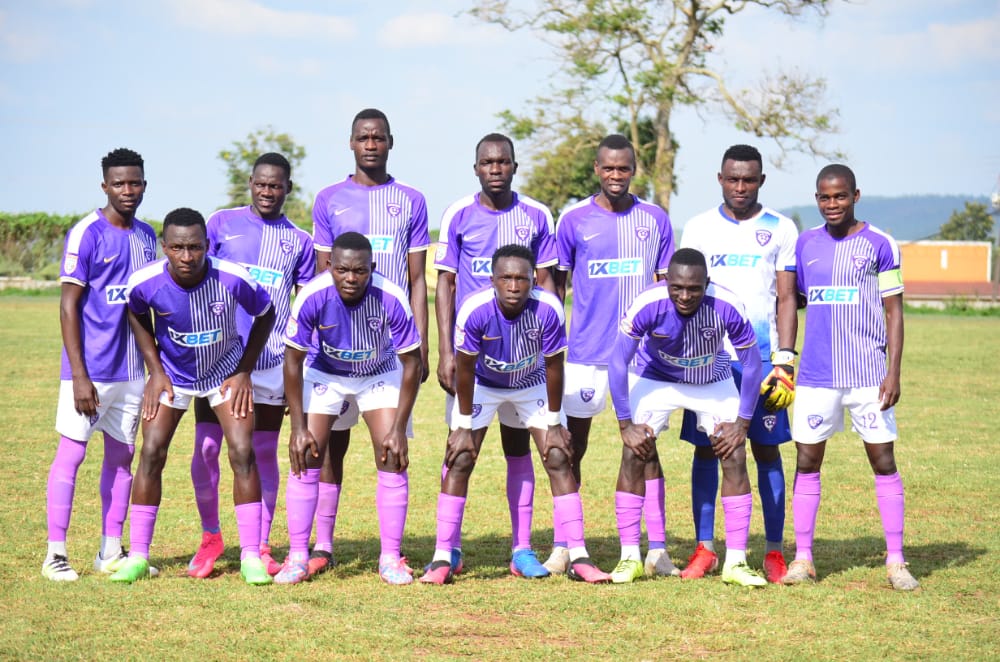 The scoreline is a familiar one in this fixture with this becoming the third consecutive 1-0 win for the Purple sharks against the Army side.

UPDF who were the better side will ruin the chances they failed to convert.

And it’s back-to-back victories for John Luyinda’s side having beaten Blacks Power recently.

UPDF registers their first home defeat of the season and the second in five matches.

The game was balanced in the opening exchanges with both sides creating early chances but the hosts through Ivan Ahimbisibwe came closest with his shot was pushed out for a corner.

The Visitors drew first blood after Aliro reacted quickest to a Frank Ssebuufu header to tap home from close range past a helpless Goalkeeper in the 24th minute to put the purple sharks in front.

Looking for an instant response, Ivan Ahimbisibwe was fouled just outside the box by the Goalkeeper Yunus Abubaker but the resultant freekick was put wide by Adriko Rogers.

Despite their dominance since going behind, UPDF went into the break trailing and they will have to blame themselves for not taking their chances.

At the restart, the visitors came back hungry and could have scored twice within 10 minutes but both Ssebuufu and Ibrahim Kasule who assisted each other couldn’t find the back of the net with the former forcing a smart save from Mutamba and the latter put his effort wide.

Substitute Achumu had his shot cleared on the line by Matsiko before Badru Jibulilu Nsimbe saw his goal bound attempt blocked as the hosts kept taking the ball to the visitors for an equaliser.

The hosts were caught on the break but Aliro attempt with the Keeper beaten went wide for what could have killed off the game.

UPDF are 9th with 6 points after five matches while Wakiso Giants move to 3rd with 7 points in four matches.

UPDF will return to action on Friday 4th November away to Arua Hill at Barifa Ground while Wakiso Giants will host URA at Kabaka Kyabaggu on Tuesday 1st November.