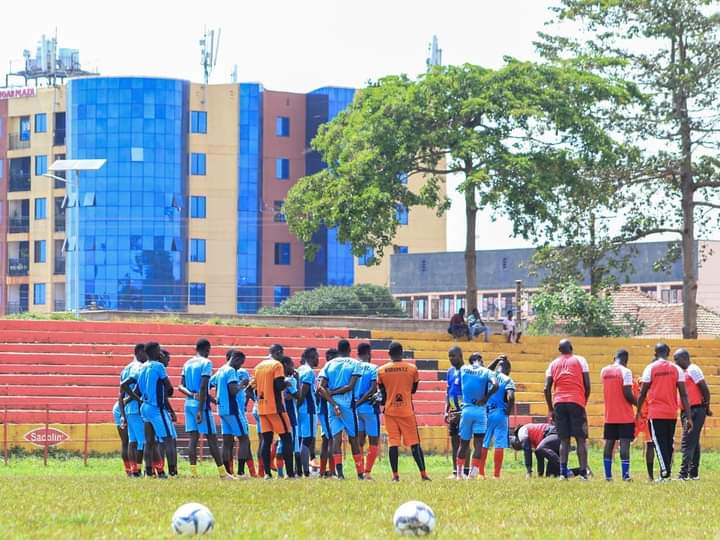 Team News
•Gaddafi FC will be without midfielder Geoffrey Lwesibawa who is still engaged with the Sand Cranes team in the Beach Soccer Africa cup of Nations.
•Nicolas Kasozi, Amos Kirya and Ronald Bithum remain ruled out
•Captain Andrew Waiswa is likely to make the squad to face BUL FC after returning to training from an injury.
•BUL FC come into the Gaddafi game without the services of Ibrahim Mugulusi who is still nursing an injury.
•Aggrey Madoi is the latest player join the sick bay at BUL and he will miss the Gaddafi game.

The Soldier Boys, under coach Wasswa Bbosa, are eager to fight for a positive result as they hunt for their first win of the season.

Gaddafi FC assistant coach George Lutalo expects a good game as they look set to to upset BUL FC despite having a slow start as they are yet to win a game in the league.

“BUL FC is a good side and they are at the top of the log but we expect a better game,” Lutalo said.

“Our target is to return in the competition with a win as we are yet to register a single victory.

“We have played three games without a win but we are hopeful to start winning. We had a couple of mistakes in our previous games as we could convert the chances we create and also giving the opponents time to thrive in our own half.

“We have rectified all of that and we now target a win in the game against BUL FC.”

Gaddafi, while starting this season, envisioned themselves where BUL are now, top of the log, after bringing in experienced coach Wasswa Bbosa who came with him a couple of players who won the league with Express two seasons back.

The report card after three games has a loss at SC Villa (A), and two draws against Onduparaka (H) and Express (A).

The manner in which they picked the draw at Wankulukuku against Express should be commendable given that they trailed after the first half, and had to recover from down.

And Coach Bbosa will hope to build on that point to get things going after an unconvincing start.

Eye brows have already been raised and many top officials at the club are still not contented on whether Bbosa was the right man for the job, but a good result off BUL can change tidings.

BUL FC have been brilliant so far and are slowly building from what they achieved last season which was highlighted by a Uganda Cup title and fourth place in the league.

Four games in, Alex Isabirye’s charges are leading the log with 10 points and come into this one off a 1-0 win over record league champions SC Villa.

Assistant Coach Richard Kansole has expressed the team’s preparedness, adding that they carry no pressure heading into the regional derby.

“We play Gaddafi FC in our fifth game of the season which is dubbed as a derby but we shall treat it as other games we play in the league despite coming from the same region,” he said.

“We are prepared enough to take on Gaddafi as we have alway done by putting in much effort and hard work which has seen us top the table and not just by mistake.”

BUL FC are eager to maintain their perfect run in the league but a huge test against Gaddafi will await them as they are yet to lose a game in the league.