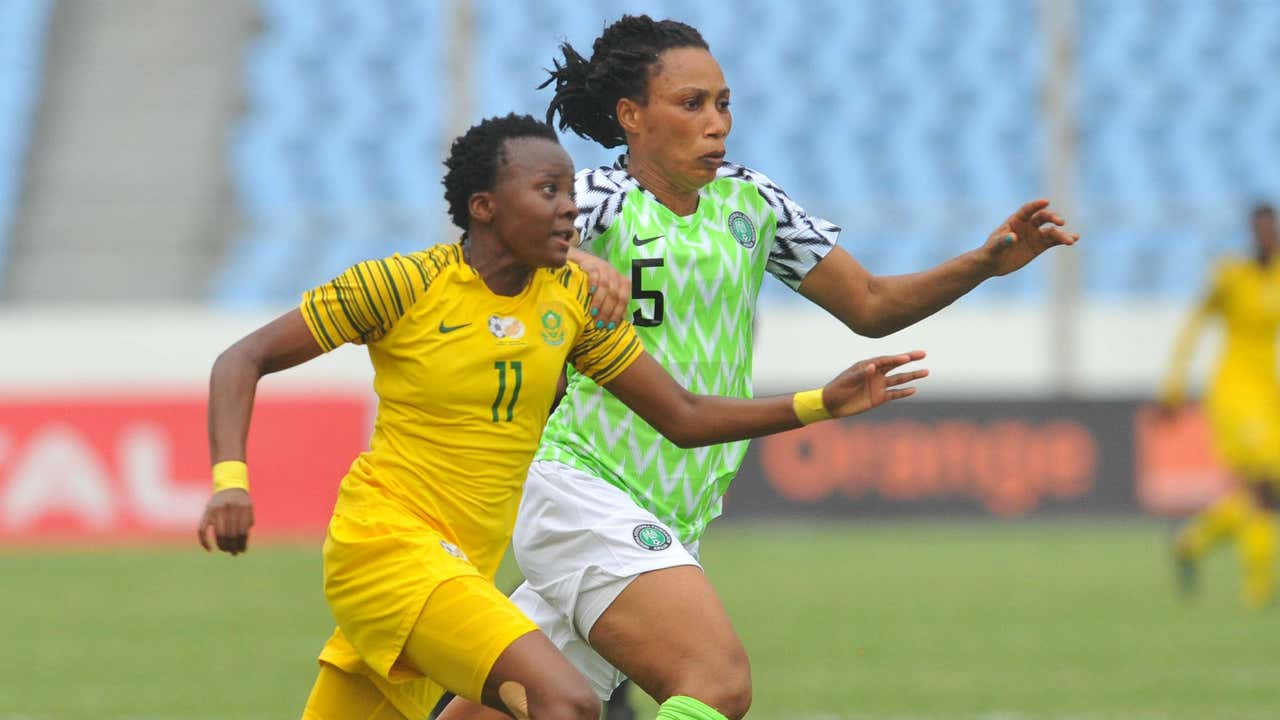 Africa’s four qualifiers for next year’s Women’s World Cup have learnt their group opponents ahead of the tournament in Australia and New Zealand next year.

Africa will be represented by Continental champions South Africa, Nigeria alongside debutants Morocco and Zambia.

But Cameroon and Senegal can join the quartet if they can overcome their playoff tournament opponents.

Nigeria, who will be making their 9th appearance at the World Cup, have joint hosts Australia, Republic of Ireland and Canada in Group B.

Desiree Ellis’s Banyana Banyana who are back at the World Cup after their debut in 2019, have 2003 Runners Up Sweden, Italy and Argentina in Group G.

Zambia’s Copper Queens are in Group C alongside 2011 Winners Japan, Spain who reached round of 16 in the previous tournament and Costa Rica who return since their debut in 2015.

Morocco are in Group H alongside two-time Champions Germany, Korea Republic and Colombia.

Cameroon have to beat Thailand and then Portugal in the Group A playoff to go into Group E alongside USA, Vietnam and Netherlands.

Senegal have to eliminate Haiti before facing Chile in the Group B playoffs to reach the World Cup where they will be placed in Group D alongside England, Denmark and China.

United States are the defending champions having beaten Netherlands in 2019 in France, and the two finalists are in Group E!

Last month, South Africa confirmed their bid to host the next Women’s World Cup due 2027.