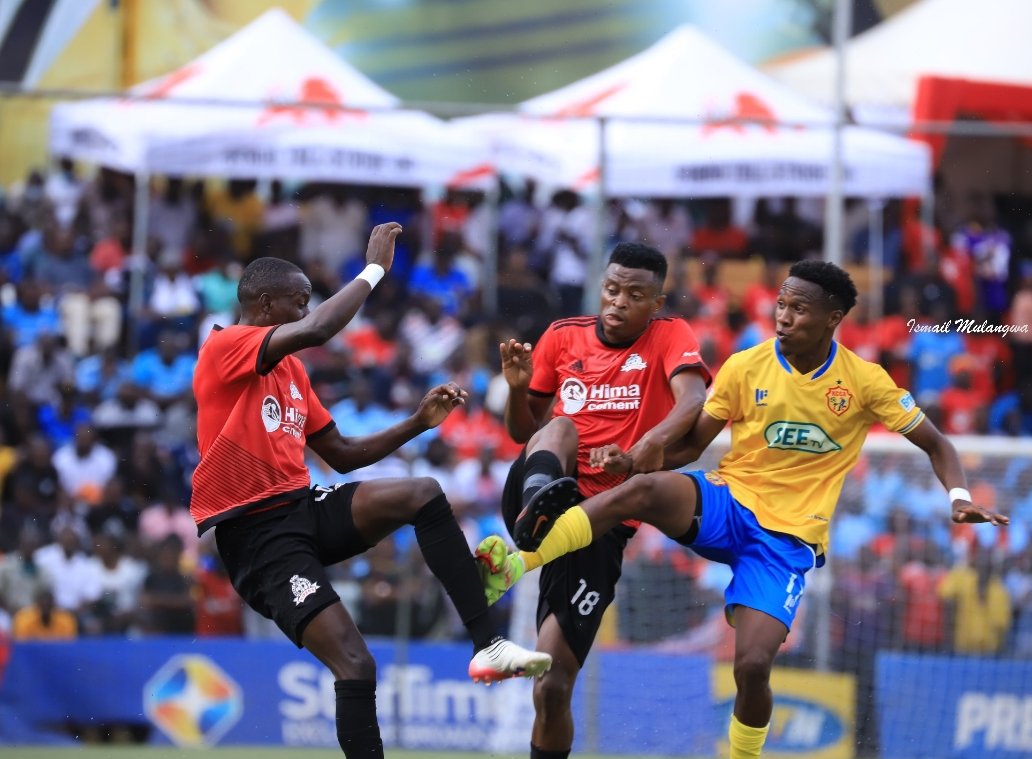 Team News
•KCCA FC welcome back Denis Iguma to the squad that will face Vipers, he last played a game for the Kasasiro boys last season.
•Shaban Mohammed and Brian Aheebwa will have to pass a late fitness test if they are to feature on the 18-man rooster.
•Brian Kayanja is ruled out after sustaining a knock in training while youngster Saidi Mayanja remains out as he is still serving his ban of five games after bleaching the club code of conduct.
•For Vipers SC, they will miss the services of midfielder Siraje Ssentamu who is still nursing an hamstring injury.
•Ibrahim Orit also is ruled out as he is in the recovery process from a strain sustained on the shoulder.
•They welcome back Frank Zaga Tumwesigye who missed the TP Mazembe tie due to malaria.

Early this week, KCCA Lord Mayor Erias Lukwago who doubles as the Club Patron warned the team players and coaches that they will not entertain what he termed as ‘sloppiness.’

Lukwago was speaking during the Club’s unveiling of CHINT as their new shirt sponsor, a deal that will see KCCA acquire floodlights to host night games starting in the second round.

The comments were in the wake of KCCA FC’s 3-1 away defeat to Arua Hill, a result that left the club fans wanting Morley’s head.

Their opening 3-2 win over Wakiso Giants was not convincing, especially in the manner in which they gave away two goals.

And the visit of Vipers who just sealed a ticket to CAF Champions League groups, is surely coming at a wrong timing.

Morley is still figuring out a couple of things, mostly in the way his team should be assembled especially with his four main signings Shaban Muhammad, Allan Okello, Moses Waisswa and Tisungu Kakonde who are yet to find a spark.

And a loss against their big rival and title contender Vipers, will leave Byekwaso’s future at KCCA under scrutiny.

“The players know the magnitude of the game as we are playing a team that has already qualified to the group stages of the CAF Champions League,” said Byekwaso.

“We have tried to rectify our mistakes in the way we have been training and I think we shall be able to pick a victory against Vipers.”

Vipers have been head over shoulders after securing a Champions League ticket, having knocked out TP Mazembe in shootouts in what is surely the biggest result in the Club’s history.

All focus this season for Vipers, who added two more Congolese players this week, is CAF Champions League.

But with the groups secured, focus will be shifted to the league where they started with a goalless draw at home against Bright Stars.

“We don’t expect an easy game, we just have to be ready to work hard. The quality they have and their coach is exceptional. It’s always a tough game,” said Robertinho.

“Our players know we have an incredible challenge as it is a difficult game for both teams as they will perform on a high level.”

Vipers have a better head to head record against KCCA in recent past having beaten the side at Lugogo last season with Caeser Manzoki and Milton Karisa on target to complete a comeback after Denis Iguma had given KCCA a lead.