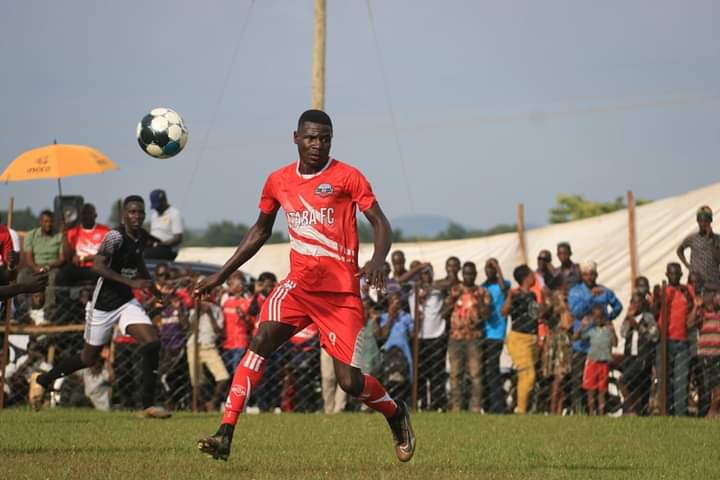 Patrick Kaddu brace proved not enough for Kitara FC to take the Bunyoro Bragging Rights after they were held to a 2-2 draw by newcomers Booma FC in the FUFA Big League game played at Masindi Municipal Ground.

Omedi Denis and Sserunjogi Arnold scored for the hosts in the four-goal thriller as they twice came from behind.

Kaddu stretches his mark to five goals in the opening two matches after a hat-trick in the opener against Northern Gateway in the 4-0 home win.

The Royals have got a set back in their quest to promotion after they failed to build on their impressive start.

For Booma FC, it’s a point earned after a 3-1 loss away to Mbarara City to register their first point of the FUFA Big League.

Skipper Omedi has scored in both games for the Tukyate Boys and he has two goals in two matches.

Kaddu gave the visitors an early lead from the spot in the 4th minute after Paddy Muhumuza was fouled in the area.

The Striker headed home Jasper Aheebwa corner kick to complete his brace at the start of second half in the 47th after the hosts had earlier equalised.

Omedi equalised for the hosts from the penalty kick in the 29th minute after a foul by Dudu Ramathan.

In the 61st minute, Sserunjogi restored parity for Booma FC with a low volley.

Kateregga, Agondeze, Kaddu, Kayondo and Sseruyidde all came close to score for Kitara but their attempts couldn’t find the back of the net.

They will both return to action on Thursday 27th as Booma FC travel away to Luweero United at Kosovo Ground while kitara host Jinja North United at Kigaaya playground.