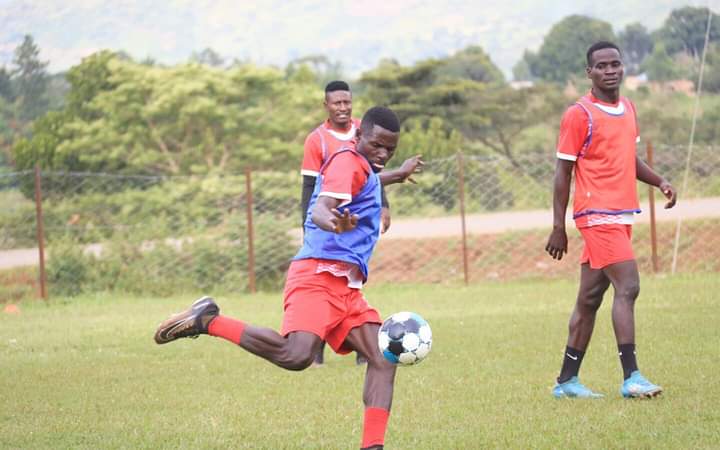 Kitara FC will hope to build on their impressive start to the season as they take a short trip to face newcomers Booma FC in the Bunyoro Derby in the FUFA Big League at Masindi Municipal Ground.

The Bunyoro bragging rights is up for grabs as a side from Masindi host neighbours from Hoima.

Kitara are favourites to gain promotion thanks to their impressive transfer business highlighted by the signing of former KCCA striker and Patrick Kaddu.

Coming into this derby, Kitara started the season on high with a 4-0 thrashing of newcomers Northern Gateway courtesy of Patrick Kaddu hat-trick and Edson Agondeze goal.

The Royals who sit top of the log with 3 points after one match are boosted with the return of new signings Sula Ssekamwa, Moses Sseruyidde who missed the opener due to injuries while Paddy Muhumuza is also back after being out with his Tooro Province Team in the FUFA Drum.

Speaking to the club media ahead of the clash, Kitara FC Captain Maxwell Owachgiu is looking forward to the game as they aim to pick their second win of the season.

“It is a crucial game for both club and our fans, we have not met in a competitive match with them before so this will be the first time and we want to get out of it,” Owachgiu said.

“The players know if we play well and pick maximum points it will hype both our morale and confidence in the league.

“We know a lot has changed for both teams since the turn of the new season and our opponents must be really eager to face us.

“My teammates are aware of what is at stake and we are going out there to put up a real fight.”

This will be the first ever meeting between the two sides in a competitive match however in the friendly they have met twice with both matches ending in draws (1-1 & 2-2).

After a 3-1 loss to their neighbours Mbarara City in the opener, the Tukyate Boys are 13th without a point.

Denis Omedi scored the first ever goal for Booma in the FUFA Big League in the defeat.