URA Too Good for Busoga United In First Win 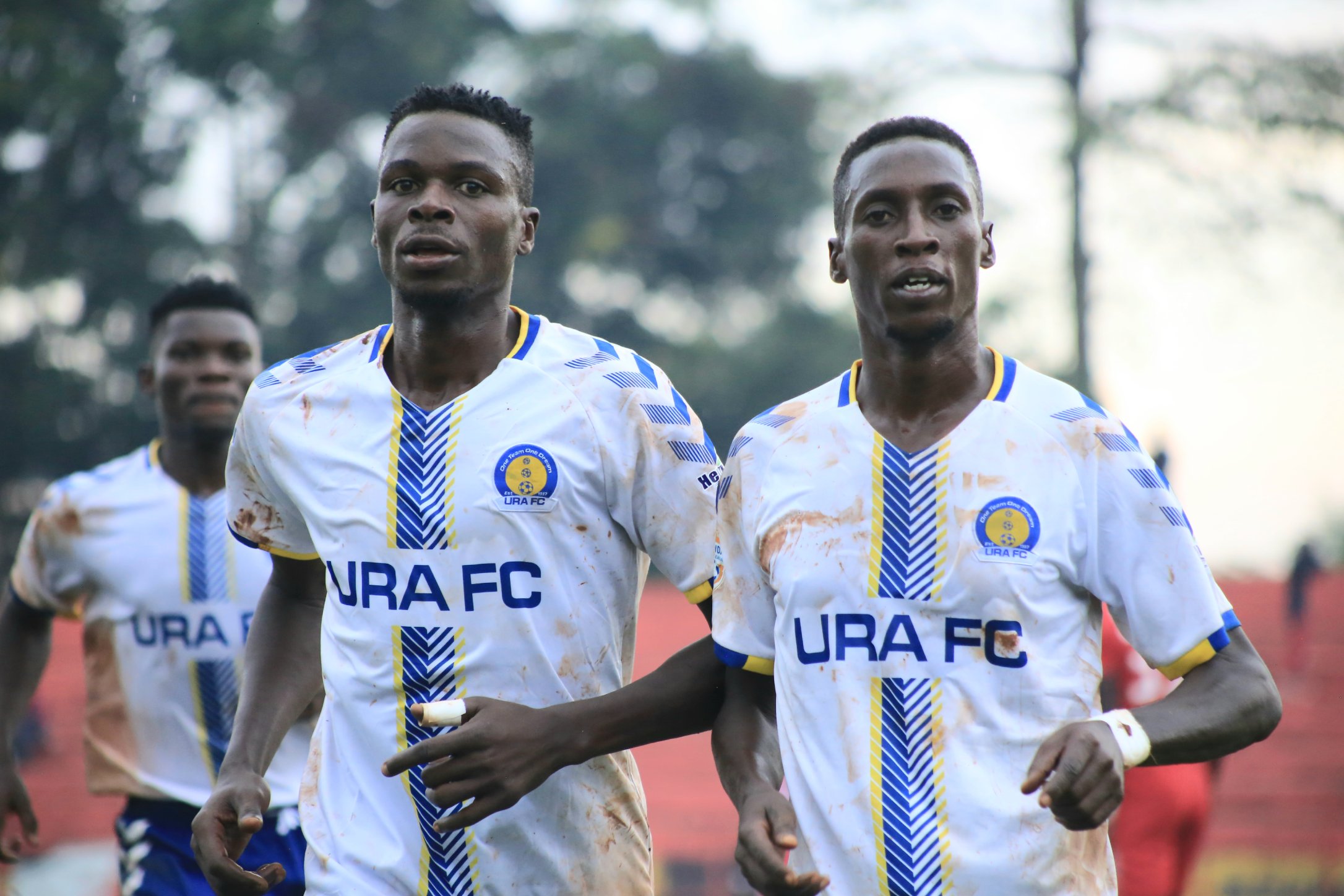 Derrick Nsibambi opened the account for the Tax Collectors while George Ssenkaaba got his second in a URA shirt in a 4-0 win at Kakindu.

On a day where everything went wrong for Busoga United, Franco Balabala missed from the spot in the first half to compound the hosts’ misery.

Kabon, making his first start of the season, scored from a free-kick when his curler found the top corner to leave Goalkeeper Andrew Ssekandi rooted to his line.

The Tax Collectors were lucky to a big extent as that freekick was wrongly awarded, with Ssenkaaba slipping on a wet surface after a downpour before kickoff.

And Busoga United completely switched off, conceding the second just a minute after the first – Ibrahim Dada strolled to the byline and his cutback was poorly cleared by Franco Balabala into Nsibambi’s path who fired into the roof.

Ssenkaaba, who scored URA FC’s equaliser against BUL – showed great awareness to be at the right time and right place to score the third.

It was a cheap goal for Busoga United to give away, with Kabon splitting their defence to pick Dada whose effort ricocheted off the post and off Ssenkaaba with a keeper miles beaten.

The hosts were given a chance to answer back when they were awarded a penalty after Dickson Niwamanya was shoved by Benjamin Nyakoojo from the back, only for Balabala to fire over the bar at the stroke of halftime.

And URA put the icing on the cake at the hour-mark; Ssenkaaba was closed down by defender and a keeper, and found Kabon well spaced outside the box who curled in off the crossbar.

The result means URA move to give points from four games having picked draws against Onduparaka and BUL despite a loss at Express.

For Busoga United, it’s their third defeat in four games having lost to Maroons and UPDF.

A 2-0 win over Blacks Power remains their only victory so far.

What Next – Busoga United will seek for resuscitation against SC Villa on October 29 at Wankulukuku. URA welcome Bright Stars on October 26 at Nakisunga.