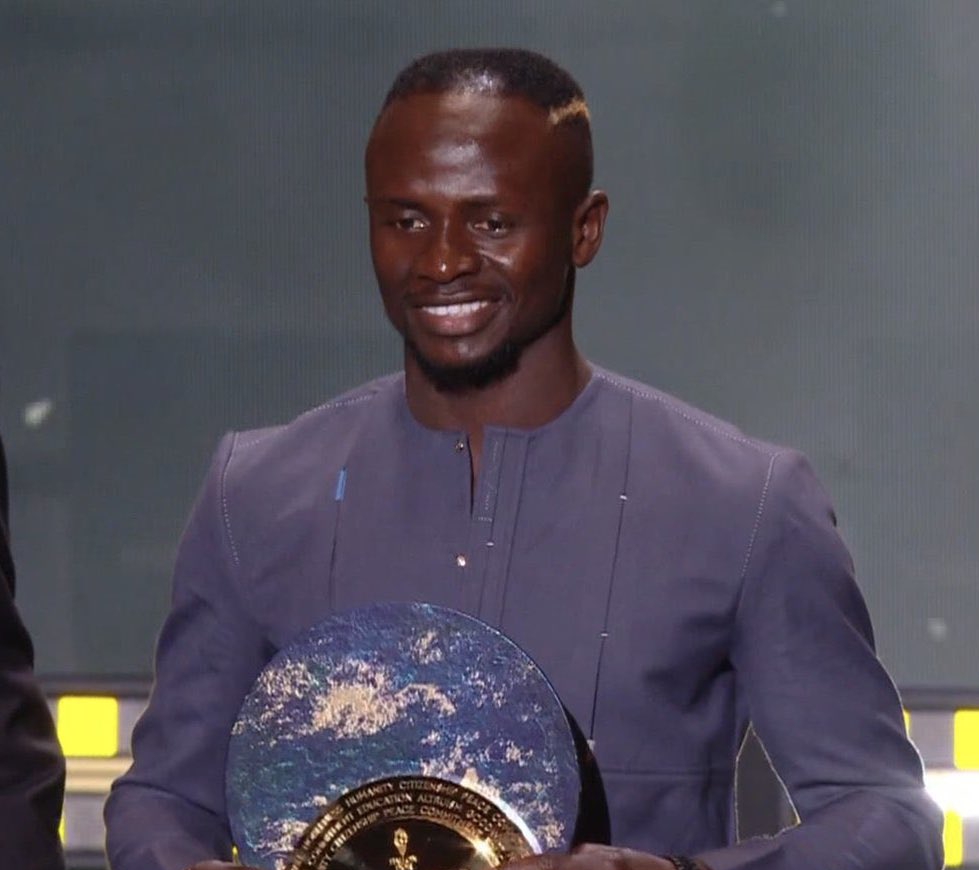 Senegal captain Sadio Mane was given the Socrates award on Monday night at the 2022 Ballon D’or.

Mane, who plays for Germany giants Bayern Munich, is the first recipient of the award that identifies the best social initiative by committee champion.

The award is named after the late Brazilian footballer Socrates who fought for Brazilian people against the Military government in 1980s.

Mane takes the award after charitable work he has done in his home country in Senegal where he recently donated $693,000 to help fund the construction of a Hospital in his hometown Bambali, 400km outside Dakar, Senegal.

The forward who left Liverpool last season, finished second behind Real Madrid and France striker Karim Benzema in the Ballon D’or, an award that goes to the best Male player of the year 2022 (August 2021 to July 2022).

He had a good spell during the period, headlined by helping Senegal won the AFCON title and qualify for the World Cup, beating Mo Salah’s Egypt on both occasions.

Mane, during his period at Liverpool last season, scored 23 goals. He has scored nine goals in 16 competitive matches for giants Bayern Munich.