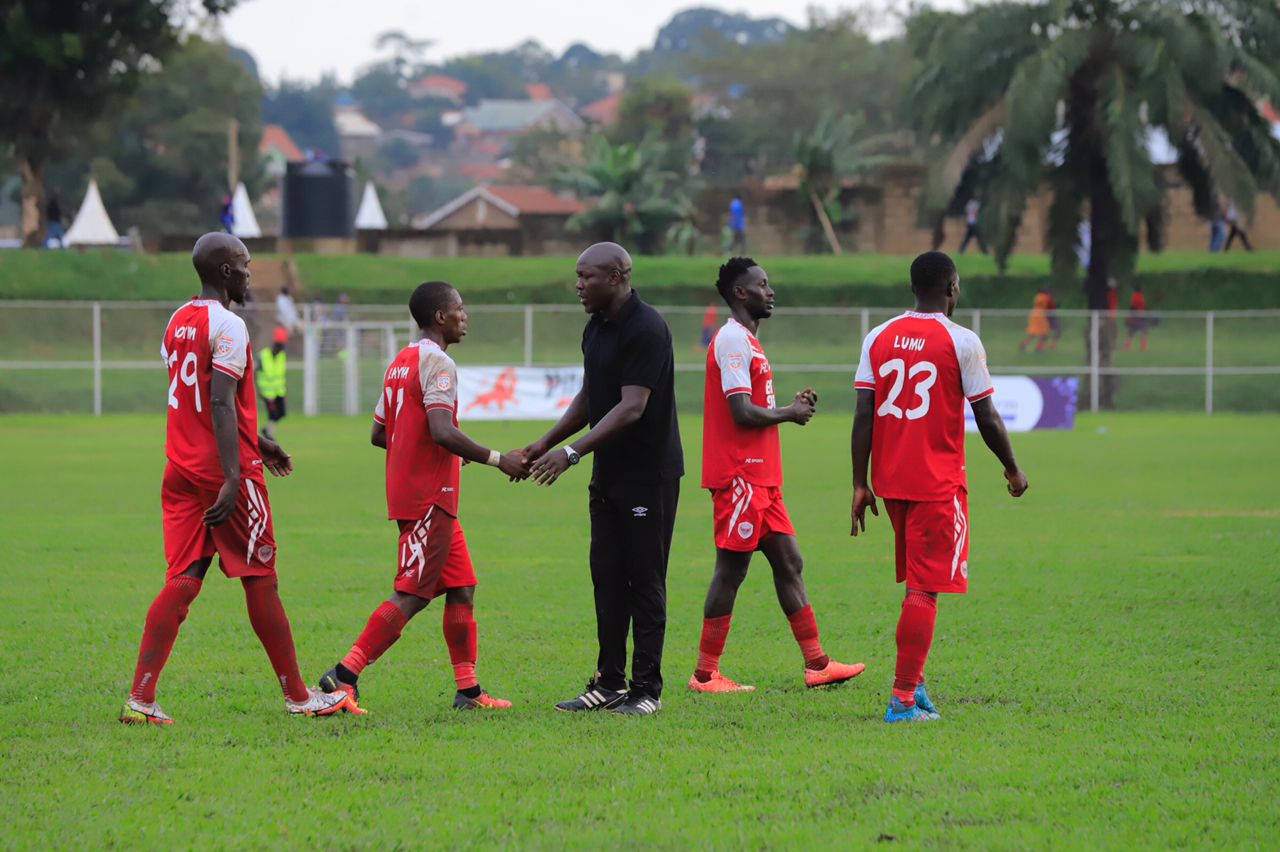 Team News
Express will be without midfielder Abu baker Kasule and left back Arthur Kiggundu.

For defender Derrick Ngoobi, he will be need a late fitness test if he is to feature in this game.

For Gaddafi, their Captain Waiswa Andrew is the latest name to join the sickbay.

Kirya Amos, Mulimi Frank, Bithum Ronald, Kasozi Nicolas and Jamaldine Buchochera are the other absentees while pacy winger Lwesibawa Godfrey is on national team duties with the Sand Cranes team.

Express FC Will host Jinja based side Gaddafi FC at Wankulukuku in their second home game of the Uganda premier League.

And Gaddafi head coach Wasswa Bbosa will be making his return to a familiar side Wankulukuku.

Bbosa was relieved of his duties at the start of this year on February 14th, ending his two year spell at Wankulukuku. He had helped express win a league title after ten years and also won the their maiden CECAFA Kagame cup.

But his departure came with a lot of mixed reactions starting from the top management at club.

It was said that Bbosa had fallen out with Express CEO Isaac Mwesigwa, with the two said to have bad blood in between.

And at one time before his departure early this year, Bbosa told the pressmen in his last home game that Mwesigwa had paid referees so that he can loose all his opening games and be fired.

On his return, he finds Express under the stewardship of then his assistant James Odoch, who was trusted by Express management.

Bbosa also returns with a couple of former express players including Goalkeeper Joel Mutukubwa, Sadiq Ssekyembe, Mahad Yaya Kakooza, whom he signed from the Red Eagles in the recent window.

But his new side, Gaddafi have had a low start into the season as they lost to SC Villa in the opener and drew goalless against Onduparaka in their recent game.

Ahead of the game Bbosa said,

“The game is going to be very competitive because both teams have what it takes. I have been at Express and I have a lot of respect for the club.”

“However this game is very important to us because we are yet to register our first game this season. I believe we have done good preparations to try and get a positive result, Bbosa told the club’s media on Monday.

On Tuesday, Bbosa’s major worry will be his side’s inability to convert the few available as seen in their opening two games.

But since, this is his return to Wankulukuku, Bbosa will task his men to stage a better performance against his former bosses and prove a point.

For the hosts, Express, they will be seeking to bounce back with victory when they host Gaddafi.

The Red Eagles suffered a 2-0 loss to rivals SC Villa at Wankulukuku last week on Friday.

But despite the loss, Express looked the better side but failed to take away their chances after a heavy downpour at Wankulukuku.

Ahead of the game, head coach James Odoch, who was then an assistant to Bbosa said

“We lost our previous game against SC Villa. We are already focused on our next game tomorrow. Most of the players were from express including the coach so it turns out to be a derby as well. We shall plan very well to see that we win tomorrow’s game, he told the club’s media on Monday.

Playing at home, express will targeting their second win of the season having picked one against URA at the same venue.

Allan Kayiwa, who already has two goals on his name this season will once again be tasked to lift his side on Tuesday.

Match Stats
This will be the third meeting between the two sides.

Express have won once and picked a draw with Gaddafi yet to taste victory against the Wankulukuku based club.