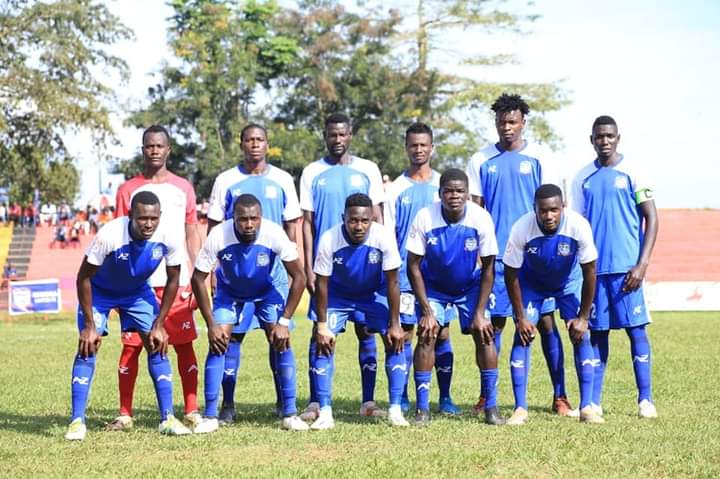 Team News
• Busoga United is boosted by the return of Herbert Onyango who missed their game against UPDF FC due to a knock.
• They have not reported any injury worry ahead of URA FC.
• URA FC welcome youngsters Justin Opiro and Simon Baligeya, both players have been engaged with the Uganda U23 team.
• James Alitho is a long-term injury as he will miss the first round after undergoing an operation.

Busoga United will be hoping to bounce back against struggling URA FC at Kakindu stadium in Jinja.

Busoga United succumbed to a 3-2 defeat against UPDF FC in their last league game.

Head coach Paul Kiwanuka has hinted on better preparations they have had with their main focus put on rectifying the mistakes which cost them points in their game against UPDF FC.

“The preparations have been good as we head into our fourth game. We lost our previous game against UPDF FC in Bombo and we have been rectifying the mistakes we faced in that game as we failed to pick any point,” said Paul Kiwanuka.

Busoga United comes into the URA FC game with a fully fit squad as all players have been passed fit by the clubs medical doctors ahead of the game.

“We failed to achieve our targets in the previous game but this time round we have prepared well as we have a fully fit squad with all those who have been on injuries now cleared by the doctors, so it’s upto the technical team to select the best players that will represent us well.”

Coach Kiwanuka went ahead to ask the fans to show up in huge numbers to rally behind their team.

“The fans should be patient with the team as some of the players are new and some young, we are trying to build a team that will achieve our targets and maybe in a few games to come we shall be able to assemble a team stronger squad.

“They should be patient but let them turn up in big numbers to support us tomorrow as we expect a win.”

URA FC are yet to hit the ground running despite having a more experienced squad – the tax collectors have managed to collect two points from their three games they have played.

They lost their striking duo of Cromwell Rwothomio and Steven Mukwala, and have since struggled to put the ball in the back of the net with just a single goal. from the three games.

Busoga United has been a stubborn side facing the Tax Collectors, picking three wins and drawing four in the 11 meetings.