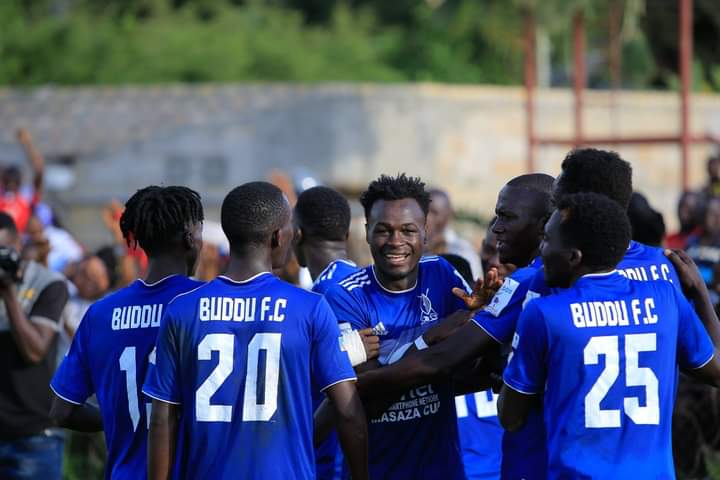 Buddu Ssaza will be seeking for a third consecutive final when they visit Bulemeezi in the return leg of the ongoing Masaza cup 2022.

Buddu, who are defending champions picked a slim win over Bulemeezi in the first leg last Sunday, thanks to Bruno Bunyaga’s strike.

And on Sunday at Kasana, they will need atleast a draw or even a win to advance to the finals.

Any positive result on Sunday will see Buddu reach their third consecutive final and will also be targeting to become the first team to defend the Masaza cup title.

Meanwhile, Bulemeezi will be seeking for revenge against Buddu when they host them at Kasana grounds.

For the past two editions, Buddu has eliminated Bulemeezi at this same stage to deny them chance of reaching the final.

At Kasana, Bulemeezi will need to win with a two goal margin if they are to upset Buddu and reach the finals since 2019 when they beat Busiro at Namboole.

Bulemeezi Captain Oscar Sulaiman Ssesazi will be the man to watch as he has lifted the side on many occasions at Kasana this season.

Elsewhere, Busiro will host Ssingo in the other semi final return leg at Sentema grounds on Sunday.

For Busiro, Akram Muzanyi bagged a brace while Alex Mandela scored the other goal as they picked a hard fought draw away from home.

And Busiro now have an advantage, given the away goals rule that still applies in Africa.

Under Simon Peter Mugerwa, Busiro, who are 2019 runners up are still in search for their maiden title in the Masaza cup tournament.