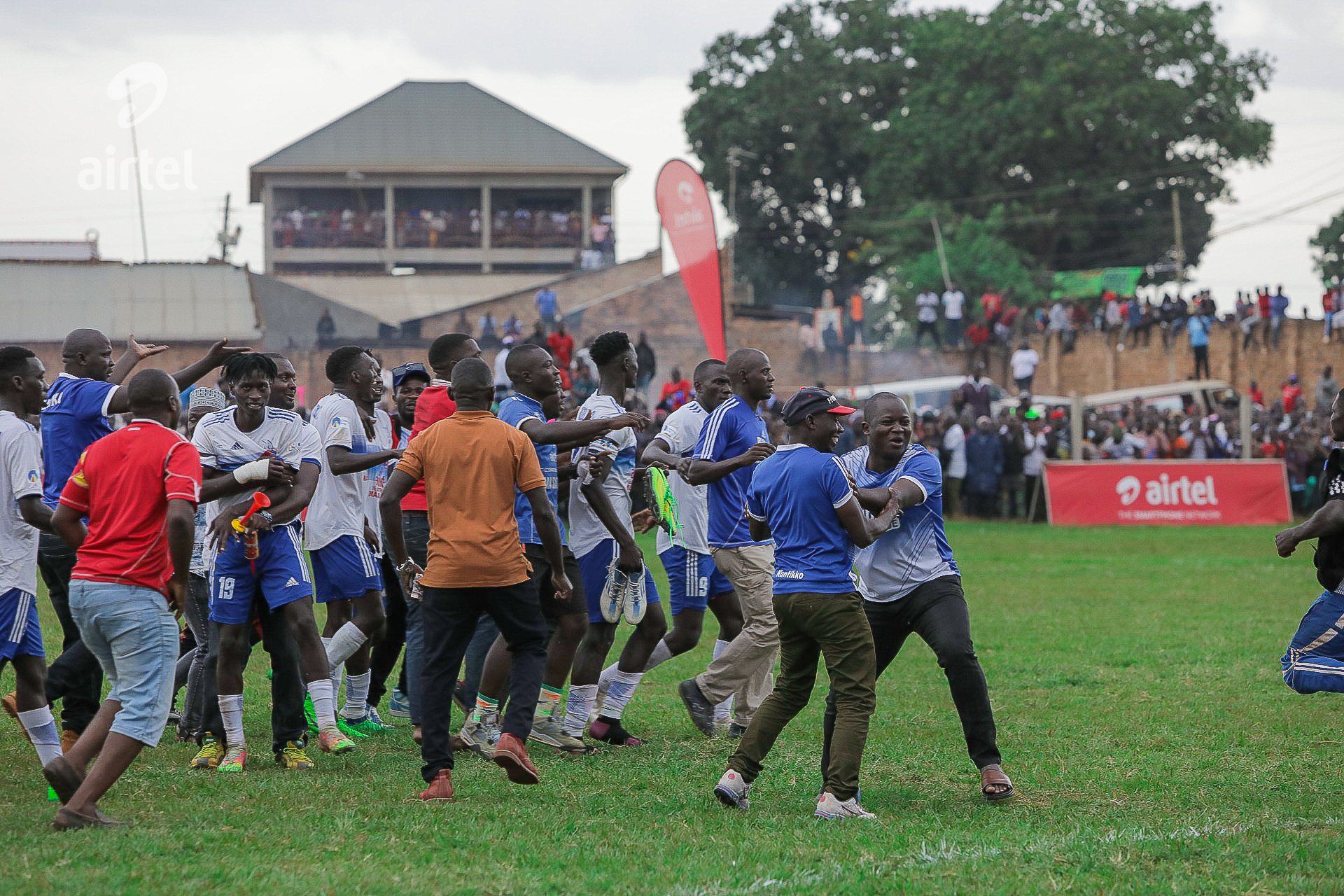 Buddu and Busiro have reached the finals of the 2022 Masaza cup tournament after overcoming their respective semifinal ties.

Buddu, despite losing to Bulemeezi 2-1 in the semi final return leg at Kasana on Sunday, have progressed on away goals rule having scored one goal while at Kasana.

They had edged Bulemeezi 1-0 in the first leg at Masaka recreation grounds, thanks to Bruno Bunyaga’s strike.

At Kasana, Emayu Calvin Peter had scored twice for Bulemeezi and they were on the course of reaching the final stage.

But substitute Denis Kalanzi pulled one goal back for Buddu, a goal that was highly protested by the Bulemeezi technical bench as the ball seemed to have come from outside the line.

And at the end of the final whistle, centre referee together with his assistants needed protection from police to be taken out of the pitch.

Buddu, who are defending champions have reached the final for the third consecutive time.

They will be seeking to defend their title they won last year when they beat Buwekula 2-0 and also become the first team in Masaza cup history to defend it.

Elsewhere in the other semi final game played at Sentema grounds, Busiro edged Ssingo to reach their second final in this competition.

Akram Muzanyi first half goal was the difference to ensure that Simon Peter Mugerwa’s coached side reached the final stage.

And Busiro progress on aggregate 4-3. The first leg ended 3-3 in Mityana.

Busiro, who are 2019 runners up will be seeking for their maiden title when they face off with Buddu.

Under coach Peter Mugerwa, who has won this tournament before while at Bulemeezi, Busiro will fancy their chances given that no team has ever defended the Masaza cup title.

The dates for this year’s final will be communicated by the Masaza cup committee, with St. Mary’s stadium Kitende the likely venue to host the awaited final.