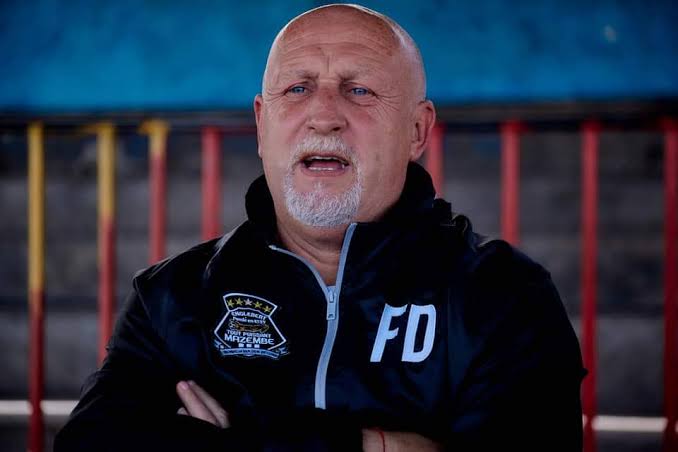 Mazembe, on Saturday were eliminated by Ugandan side Vipers 4-2 in penalties, denying them a chance of reaching the group stages of this competition.

And a few hours later after their exit, the club through a released statement from the club president Moise Katumbi confirmed the that they have parted ways with their head coach Franck Dumas.

“This Saturday, October 15, 2022, president Moise Katumbi and coach Mr. Franck Dumas, parted ways in a friendly manner. The president that led the coach for the work done and wished him a safe journey. Mr. Franck Dumas, on his part expressed his winded of full success to TP Mazembe and his supporters,” reads a statement released on the club’s social media handles.

Furthermore, the president, Katumbi has also suspended the committee with immediate effect, with only the exception of team secretary, Mr. Hi Lauren Kabila.

Dumas had joined Mazembe in July 2021, but has always been criticized for his poor performance especially in CAF completions.

And on Saturday, his side once again failed to break a well organized Vipers side with the game ending goalless, just as it was in Kitende, only for the tie to be decided from the penalties.

In penalities, Vipers won 4-2 to to storm their first ever CAF champions League group stages.

As a result, Mazembe dropped to the CAF confederation cup, and will have to go through playoffs, which is a step away from the groups.